Marinez: My Turn To Bring A World Title Home To Dominican Republic

From the moment he watched his countryman, Jeison ‘Banana’ Rosario score one of the first big upsets of 2020, Jackson Marinez firmly believed his own chance to shock the world would soon follow.

“I’m excited, I prayed for this moment to come but with everything going on I wasn’t sure if it was going to happen as soon as I wanted,” Marinez told BoxingScene.com. “But I’m grateful to have gotten the call and I can’t wait to show the world what I can do in the ring on Saturday night.”

Marinez (19-0, 7KOs) has fought almost exclusively in his hometown of Santo Domingo, Dominican Republic dating back to his February 2016 pro debut. His first fight in the United States came last December, scoring a 2nd round stoppage of Mexico’s Yardley Cruz on the non-televised portion of a Showtime tripleheader in Atlanta, Georgia. 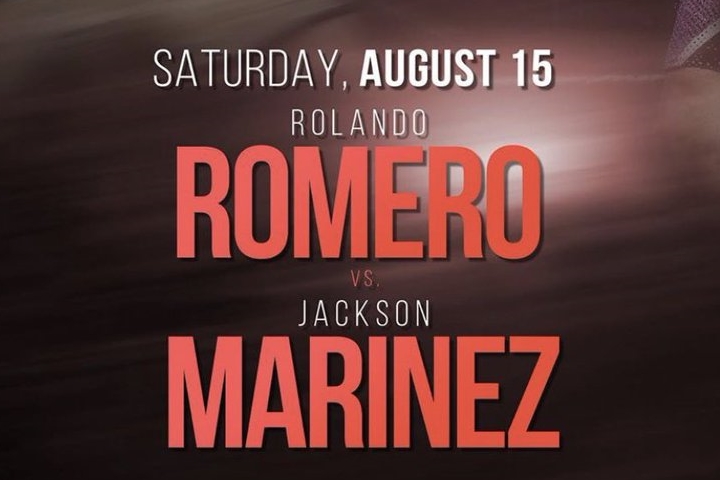 Three weeks later, Marinez watched his countryman bring home the junior middleweight crown as Rosario scored an upset 5th round knockout of Julian “J-Rock” Williams this past January on the road in Philadelphia. Rosario became the unified WBA/IBF/WBO/IBO154-pound titlist in the process and is one win away from becoming undisputed champ as he faces WBC titlist Jermell Charlo on September 26 Showtime Pay-Per-View event.

By that point, Marinez hopes to have brought home at least some portion of the lightweight crown. Like Rosario versus Williams, he enters the ring as a considerable underdog though with a groundswell of support.

“Watching ‘Banana’ do what he did, knocking out (Williams) to become world champion was so inspiring,” said Marinez. “We all knew back home that he was going to win, but (Rosario) had to prove himself in the ring to everyone else.

“That’s what I plan to do on Saturday, follow in 'Banana' Rosario's footsteps. All of my people already know what I’m about. Now it’s my turn to show the rest of the world, and bring a world title home to the Dominican Republic.”

Lol Rosario is not the WBO champion Patrick Teixiera is he won it by beating another Dominican named Carlos Adames. So therefore Rosario is not one belt away from becoming undisputed. On a side note Rosarios 2nd surname is Bastardo…