Mares: Having Fun With Garcia Social Media Thing, I Don't Take It Personal

Let’s be clear: Abner Mares was never holding his breath over a fight with Ryan Garcia seeing the light of day.

Of course, that never stopped the former three-division titlist from going along for the social media ride.

“At the end of the day, you have to know how to market yourself,” Mares noted to BoxingScene.com. “Ryan Garcia, he’s done it to a level where he’s got millions of followers. He’s bringing a different type of crowd to boxing, not just the fanatics.

“I’m just having fun with this social media thing with him. I don’t take any of it personal. I’m a little man, smaller weight class. He called me an old man, everything in the book. He’s just trying to hype a fight—a fight that’s a lot tougher than what he thinks.” 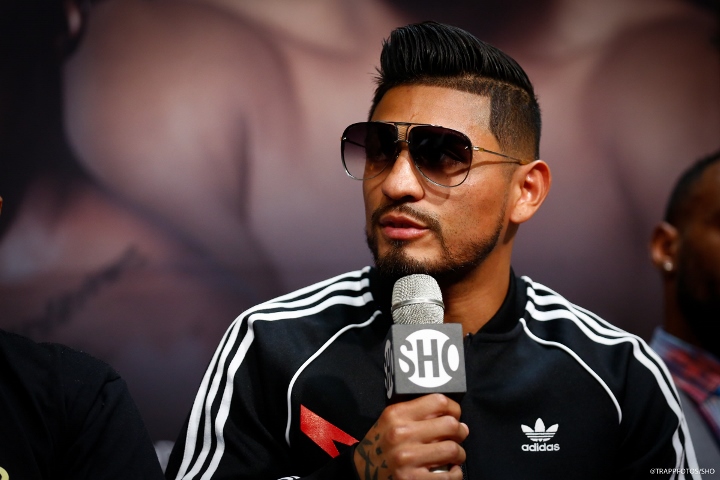 Mares (31-3-1, 15KOs) has been out of the ring for two years, although word of his planned comeback has suddenly energized every top player at 130- and 135-pounds. The 34-year old from Montebello, California—whom represented Mexico in the 2004 Olympics—was due to return to the ring earlier this spring but was forced to put those plans on hold due to the ongoing coronavirus disease (COVID-19) pandemic.

Instead, he’s forced to sit a little longer on his repeat loss to Leo Santa Cruz in their June 2018 featherweight title fight rematch. Mares—who fights under the Premier Boxing Champions (PBC) banner—was due to face now former two-time 130-pound titlist Gervonta Davis last February, only to have to withdraw two weeks prior due to what was revealed to be a detached retina.

It was at least the second time in his career in which it has become an issue, this time sidelining him for the entirety of 2019. He was able to spend most of the recovery period maintaining his sanity through his regular role as a Fox Sports analyst, though always eager to one day to return to the ring.

Mares will likely campaign at or around 130-pounds whenever he is able to resume his career, which he hopes to be sometime this summer. A big enough payday would entice him to maybe consider going up one more weight division, although the real end game is add a junior lightweight title to his collection of belts previously acquired at bantamweight, junior featherweight and featherweight

For now, he’s happy to play along with the faux social media feud with Garcia (20-0, 17KOs)—a fight he would like but also realizes likely won’t ever happen.

“I’m just going with it,” Mares admits. “Again, yes its hype but at the same time it’s also real. I’m more than willing. Let’s be real, though. I’m always a straight person. To come back at 135 is unrealistic, unless it’s a well-paid fight. Ryan Garcia holds no title, I don’t hold a title. This is all social media right now. There's nothing on paper.

“I want to come back at 130. I still have to test the waters there. 130 is the weight, Hopefully a really good fight, maybe even a shot at [IBF 130-pound titlist Joseph] JoJo Diaz. We’ll see what my company does for me.”

That eye is gonna fall out

[QUOTE=Johnny_Roa;20600381]Nope, he's damaged goods and almost lost an eye. He's just trying to hype himself up for one high paying fight so he can retire with it.[/QUOTE] He has almost turned into a midget sized Keith Thurman

[QUOTE=Get em up;20600060]Is Mares still capable of competing at a high level? He has been sidelined for 2 years I honestly think he will be hurt easier and ring rust will ruin him unless he gets a few less than…