Morrison started very strong and wobbled Blandamura in the opening round. During some wild exchanges in the third, Morrison once again rocked Blandamura with counter hook.

Blandamura began to work his way back into the fight and made things very evened up as the two boxers entered the final few rounds. 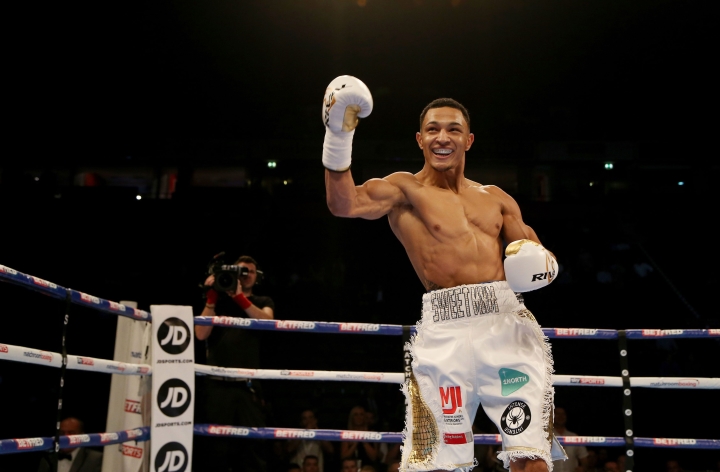 As Blandamura was working over Morrison - the British boxer landed a chopping right hand that dropped the Italian veteran hard. Blandamura got to his feet, he was out on his feet and the contest was quickly waved off.

In a fireworks filled clash for the vacant EBU light heavyweight title, Serhiy Demchenko (22-14-1, 15 KOs) stopped Hakim Zoulikha (26-11) in the seventh round.

There were head clashes in the third and fifth, which created cuts on Demchenko.

And during the fifth, Demchenko dropped Zoulikha very hard. Zoulikha was nearly stopped but managed to survive and began fighting back by the end of the round. Demchenko's power came up again in the seventh, when he badly hurt Zoulikha and this time he was unable to survive as the referee stopped the fight.

Junior middleweight Vincenzo Bevilacqua, with a wild record of 16-0 and zero wins by knockout, won a six round unanimous decision over Novak Radulovic (9-4).