Jack suffered a gruesome five-inch cut to his forehead after an accidental clash of heads in the seventh round of the fight.  The former Olympian Browne told Gray the head butt did not affect the outcome of the fight. 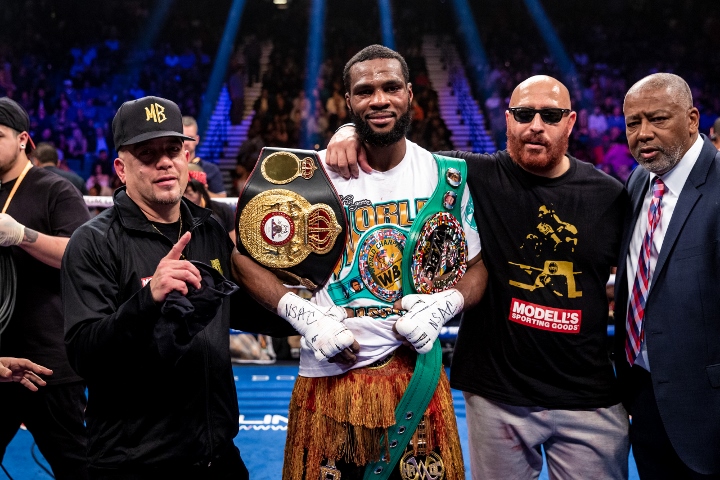 The Las Vegas resident and former two-division champion Jack was taken immediately to the hospital for observation. Jack, who was fighting in his seventh consecutive world title fight, gave all the credit to Browne. “I was flat,” he said. “I don't know what it was, but no excuses. I would love the rematch. Now I have to rest, get the head fixed and hopefully get that chance in the future.”

Browne was the more active fighter, throwing 515 total punches to 303 for Jack. Browne connected on 103 of his power punches compared to just 58 for Jack.

The taller, southpaw Browne said he stuck to his game-plan and peppered Jack continuously with his strong straight left jab.

“He thought he was going to take me to deep water and drown me, but I was in shape,” he said. “Teddy Atlas, you think you have the best light heavyweight?  (Oleksandr) Gvozdyk, let’s go.

“I just used my athletic ability and did what I do best, and that’s box the hell out of people.”

I definitely favour Gvozdyk in this fight. Clearly.

No way he beats Gvozdyk. Based on the Badou fight and some quick glances of his other fights I don't really see what he has to offer. Throws big wild shots from the hip, clinches non stop, super wide stance…

Haha. Man ni way Browne wins. Browne one of those guys who thinks he done just enough to win. Kinda reminds me of a Jennings kind of guy. Step up to Gvozdyk and he gets nailed for sure. Absolutely no…

Gvozdyk would make mashed potatoes out of Browne... So does Beterbiev.... Browne only hopes for another Belt are Alvarez and Bivol...

[QUOTE=ceylon mooney;19449158]CORRECTION: Jack is not a 2-division champ. He won the WBA “regular” belt. The regular belt means u are definitely not the world champion. Whoever holds the WBA ”super” belt is the WBA world champion. It’s never to late…