Former two division world champion Marcos Maidana is best remembered for his two fight series with Floyd Mayweather Jr. and being the first man to defeat Adrien Broner in what was a major upset at the time, and the unexpected upset of Victor Ortiz - who at the time was being groomed by HBO to be the next Oscar De La Hoya.

Maidana, who is only 34 years of age, made a fortune in his last three fights and decided to walk away from the sport a few months following his September 2014 rematch loss to Mayweather.

"It was time to leave, I had two big fights with Mayweather, I could not win and my career was successful until that moment. I got tired, I had no reason to continue, now I feel good, enjoying my family. I do not miss of boxing," said Maidana to ESPN Deportes. 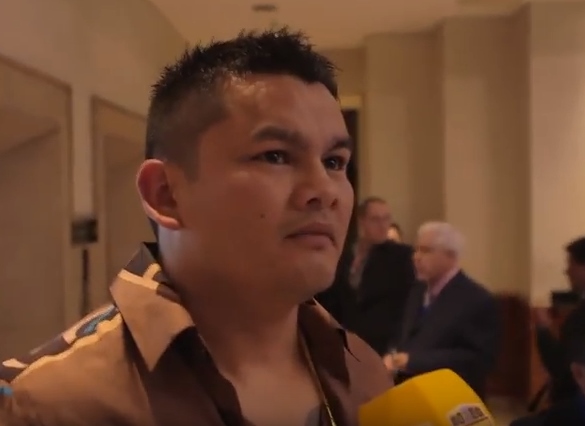 With a record of 35-5 and 31 knockouts, Maidana confessed that today he enjoys what he has achieved in boxing, but nothing more than that.

"I do a little bit of everything. What I like to do is walking the countryside, fishing, being with my family, walking, shopping sometimes, it was exhausting, I had a lot of time dedicating myself to boxing, but I thank [the fans] -  that's why I was dedicated, had the desire, dedication and sacrifice, I remained calm, I'm grateful with boxing," said Maidana.

And what were Maidana's best moments in his career.

"All of my opponents were tough, my best night was when I beat Broner, I did not lack anything with Mayweather, I left everything [in the ring]," Maidana said.

"Argentine boxing is calm for now, but there are several good prospects like Fabian Maidana or Brian Castano, who are going to make noise wherever they go, little by little they will grow," Maidana said.

If the two fights had taken place in Argentina, I don't think Maidana would have lost any of the two to Mayweather Jr. Maidana made him look real bad (same as Pacquiao), Floyd missed a lot of punches pathetically, which…

[QUOTE=T.M.T;18176899]Would've been great to see him fight mathysse.[/QUOTE] Now that would have been interesting to see

[QUOTE=Southpawology;18178300]Maidana didnt even have a trainer his early career he had a glorified cut man as a trainer. You mad Khantard????[/QUOTE] thats just smart having a cut man and a trainer as the same person. its called streamlining. saves money.