On Friday, former two division world champion Marcos 'Chino' Maidana met with the media and made it official.

Maidana will return to the ring for April 18 against former kickboxing champion Jorge 'Acero' Cali, in a battle scheduled over six rounds in the cruiserweight division.

Maidana and Cali made the presentation at the luxurious hotel in the area of Puerto Madero, very close to the Casa Rosada of Buenos Aires. 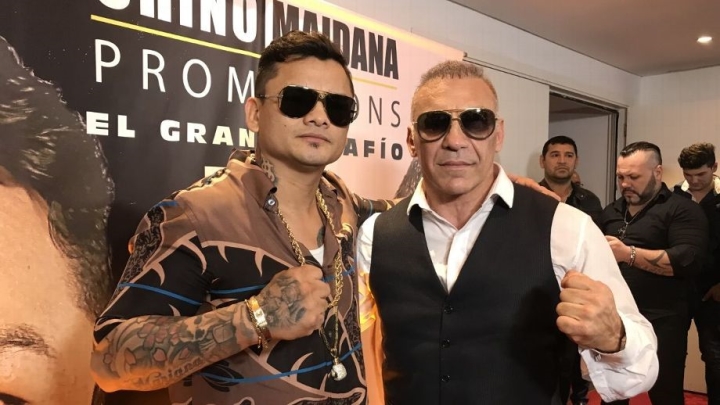 The two athletes have traded words for most of the year.

Maidana has not been in the ring since he lost in a rematch with Floyd Mayweather in September 2014. Earlier this year, he announced his intentions to return to the ring and signed a multi-fight deal with Premier Boxing Champions. He came to Las Vegas to train for several weeks, but there was a monetary disagreement with PBC - prompting Maidana to break his camp and head back to Argentina.

“I do this because I enjoy boxing a lot, I don't expect to prove anything with this fight, I just want to do what I like, Cali came out to challenge me and we accepted it,” said Maidana to ESPN Deportes.

"We are not returning because of a lack of (money). If that was the case I would have already sold everything, I'm coming back because I want to and I enjoy it."

The location of the fight, taking place in Buenos Aires, will be confirmed in the next few days by Chino Maidana Promotions, and they hope to showcase new Argentine boxing talents.

Maidana had a 35-5 professional mark with 31 knockouts, while 'Acero' Cali had 83 professional fights in kickboxing, with 43 won by knockout."

[QUOTE=WarMaidana;20192145]jesus.... maidana a one time junior welterweight fighting at cruiserweight![/QUOTE] To be fair, Duran debuted lower and almost hit cruiser by the near end.

Maidana made a big mistake retiring after the 2nd Mayweather fight. He still had 2-4 good fights left in him and could've made decent money.