Former WBO cruiserweight king Marco Huck is not about to hang up the gloves and tells BILD that he will continue his career next year in the heavyweight division.

Huck fought then WBA champ Alexander Povetkin back in 2012 and came close to an upset but it must be said that Povetkin was pretty much out of shape for that fight.

Huck then dropped down to cruiserweight and won several fights, but also suffered several defeats at the top level. He was last seen getting outclassed and stopped by WBO champion Oleksander Usyk, last month as part of the ongoing World Boxing Super Series cruiserweight tournament. 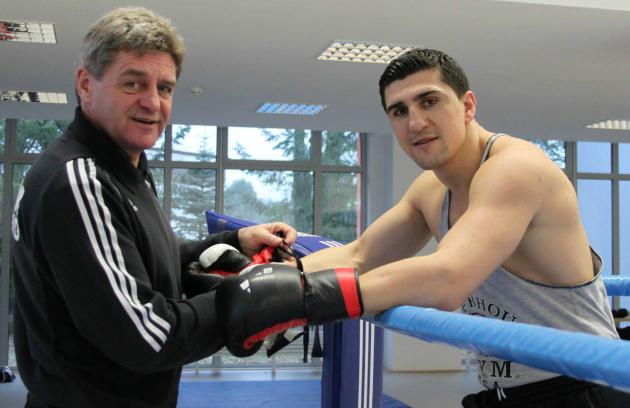 SES will promote Karo Murat´s defence of the EBU light heavyweight title against Dominic Boesel on December 16 at the Stadthalle in Weissenfels it was announced today.

Swedish heavyweight Adrian Granat will as was announced in a press release from Team Granat return to action after the loss to Aleksandre Dimitrenko November 1 or 3 in Hamburg. Joining Granat on this EC Boxing promotion are heavyweight prospects Agron Skamici (10-0) and Ali Eren Demirezen (6-0) and cruiser Nikola Milalic (17-1).
...

Light heavyweight Jeppe Morell (7-1) takes on Frenchman Maurice Possitti (17-11) October 28 in Copenhagen on the undercard to Lolenga Mock vs Roman Shkarupa that tops this Danish Fight Night promotion. Possitti beat Morell in April and floored the promising but inexperienced Dane twice early on in the fight. Jeppe did much better in the last four but lost a split decision after eight.

Also on the bill is 18-year old Oliver Meng, who makes his pro debut on the bill and veteran promoter Mogens Palle compares Meng with former EBU champ Soren Sondergaard, who was for good reasons nicknamed Mr Perfect.

Can they match this cat successfully enough to where he can make decent money and not get KO'd?? Not sure...

Glowacki took Huck's soul. He will never again be the guy he was before that fight. Still, I'm sure they could make some fun fights with fringe contenders at HW. Have him fight Saglam in the dirtiest fight in boxing…

Marco Huck has a death wish.

So, he wants to be ktfo by an even bigger guy, he'll get his wish granted