Two legends of Mexico, Marco Antonio Barrera and Erik "El Terrible" Morales, contemplate the possibility of going back to the ring to trade punches in an exhibition fight.

However, both fighters know that their rivalry exceeded expectations and they will hardly throw blows like they did in the past, as they did in one of the most emotional trilogies in boxing history.

The first and third bouts, earned 'Fight of The Year' honors. Morales won the first bout, with Barrera winning the next two. 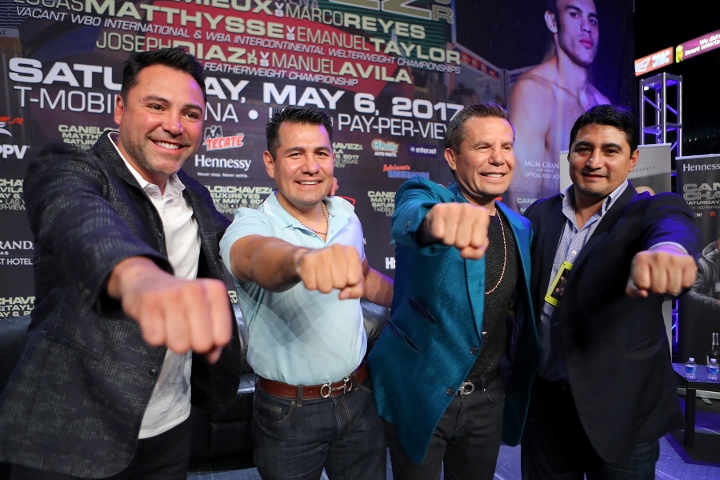 During the final stage of their respective careers, there was some loose talk about a fourth fight, but they were too far apart in weight.

“That it is a very good idea (doing an exhibitions). I like it because people miss idols that they couldn't see in a ring or on television,” said Barrera to ESPN Deportes. "Yesterday,  Morales called me and said he had in mind to do this type of exhibition and I told him to count on me."

However, among the conditions that Barrera would impose on Morales is to make it a real fight in the exhibition.

“For me, I didn't really like the way things were staged with Arce and Chávez. For me, it would be real boxing and not some show..... not pushing the referee [like in Chavez-Arce], what happened? That is not boxing. We were on a serious level and we have to give people what was lost inside the ring,” Barrera said.

Barrera and Morales are both multi division world champions and members of the International Boxing Hall of Fame.

This "'exhibition" will last about 20 seconds then it'll be on like donkey kong :fest30: WAAAAAAR MORALES!!!!!

[QUOTE=RGJTMMRDCMJRJSM;20495440]I'd rather watch an exhibition between Morales and Marquez so that the quartet is finally complete[/QUOTE] Agreed. It's a shame that they never fought during their primes.

It won't be the same.