Manuel Charr vs. Fres Oquendo Ordered By The WBA

The World Boxing Association (WBA) Championships Committee has officially ordered the teams behind Germany's Manuel Charr, who holds the WBA "regular" heavyweight championship, and Puerto Rican contender Fres Oquendo, who is number three in the WBA rankings at more than 200 pounds, to start negotiations for their fight.

Charr won the WBA belt last weekend after beating Russian Alexander Ustinov by unanimous decision, while Oquendo has a New York court order to fight for the WBA world title in the heavyweight division.

Both parties were duly notified on November 26 and must reach an agreement before December 22, 2017, or the fight will be called to a purse bid and both boxers will get 50%. 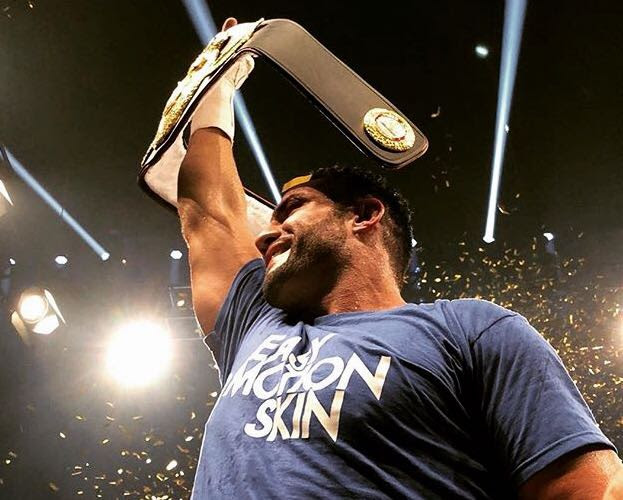 IN OTHER NEWS: Philadelphia, PA - Junior Middleweight Tyrone Brunson is looking for a major opportunity in 2018.

Brunson of Philadelphia will first need to get past Manny Woods this Friday night at the 2300 Arena in the ten-round main event of a loaded 12 bout card that is promoted by King's Promotions.

The 32 year-old is coming off the biggest when of his career when he stopped former two-time world champion Kermit Cintron in five rounds.  The sure-fire Philadelphia Fight of the Year saw Brunson climb off the canvas twice before dropping Cintron three times in the pivotal round five.

"The fight fight gave me a lot of confidence," said Brunson.  "To do what I did against Cintron who is a two-time world champion.  I am ready for Friday night."

Despite not having a lot of knowledge of Woods, Brunson expects a great performance.

"I really don't much about him, but I am not overlooking him.  I have  had a great training camp, and now I am just winding it down."

"I am looking for a big year in 2018.  With a win on Friday, I am looking to face someone in the top ten or top fifteen, but the goal  is to be number-one in this stacked division.  I just want to thank my promoter King's Promotions, the fans who have stuck by me, and even all the critics to that know that Tyrone Brunson is coming."

[QUOTE=Robbie Barrett;18253127]If you was in his position wouldn't you do the same? Can't blame the guy. Atleast it isn't for the real world title or against Joshua.[/QUOTE] Hells yeah I would! Go fast Fres!

[QUOTE=Snoop Frog;18251164]The letter from Fres' manager to Dan is harsh: [url]https://www.boxingscene.com/forums/showthread.php?t=585968[/url] I'm guessing Fres' attorney threatened to file a libel suit or actually filed a lawsuit and that's why Dan does't like to mention him.[/QUOTE] Haha that was ****in brutal.…

[QUOTE=robbyheartbaby;18251124]Fres wants that last pay day, he will get stopped quick by any top 10 contender this is absurd![/QUOTE] If you was in his position wouldn't you do the same? Can't blame the guy. Atleast it isn't for the real…