Manager: Parker Has Too Much Pedigree, Class For Daniel Dubois

David Higgins, manager for former WBO heavyweight champion Joseph Parker, says his boxer would be open to the possibility of a final WBO eliminator against unbeaten puncher Daniel Dubois.

The current WBO champion is Anthony Joshua, who has already been ordered to make a mandatory defense against the WBO's number one, Oleksandr Usyk. 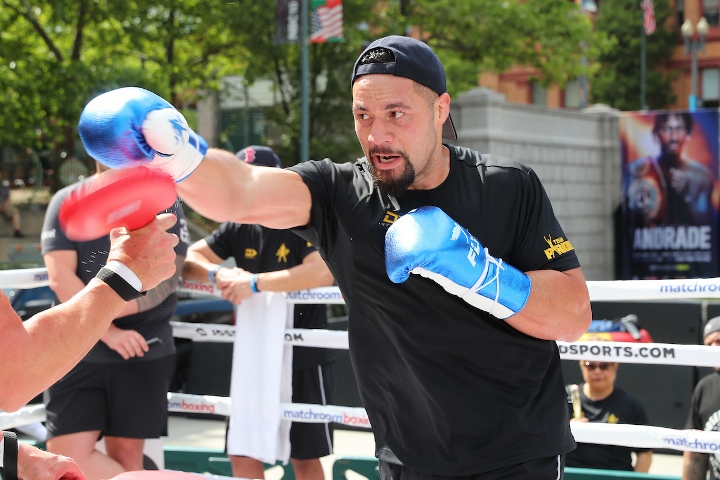 And Usyk will likely risk his ranking against veteran Derek Chisora on a date in March or April.

Parker is going to return to the ring on February 29 in Texas, against Polish giant Mariusz Wach.

Dubois is being positioned for a high-stakes showdown with undefeated Olympic medal winner Joe Joyce on April 18.

Sooner or later, the WBO will select two of the top contenders for a final eliminator - and Parker vs. Dubois would be a good possibility if they continue to hold their rankings.

"I think anything is possible," Higgins told Sky Sports. "It's great that Dubois is making waves and provided he keeps doing that, it's very possible that Joseph Parker would fight him. They just have to keep heading in the right direction. I personally think Joseph Parker has too much pedigree and too good a head on his shoulders for Dubois.

"Dubois clearly has great power. There's a lot of unknown there. I think Parker has got too much class. If we were ordered to fight, or put in that position, it's something that could be discussed down the track."

Would be interesting if it happens (soon). Dubois is untested and I feel he is being thrown from nobodies to top fighter if they go for it straight away. Ideally, he would gradually up the level by fighting a couple…

This is a massive step up for DDD. Parker is durable, has good ability and can hit himself. Parker was too timid against AJ and Whyte, I prefer the more aggressive version. At this point I think he beats DDD…

I don't think parker has reached the potential that was predicted. But i d pick him to beat dubois now

Parker is dangerous opponent against anybody in division. Don`t forget, Parker already fought Joshua and Whyte, he would be a huge step up for DDD.

While I'd definitely be interested in viewing a Parker/Dubois fight.... the case is still open for WILL Dubois get by Joyce? To me, at this stage, that's a 50/50 matchup all day. But back to Parker/Dubois. I just think Joseph's…