Malignaggi: After Lobov is in a Coma, McGregor Will Want To Fight

Former two division world champion Paulie Maliganggi is planning to do a lot of damage when he faces Artem Lobov in a bare-knuckle fight, likely in the main event of BKFC 6, which takes place on June 22 in New Hampshire.

Lobov is the longtime teammate and close friend of UFC superstar Conor McGregor.

Malignaggi and McGregor have been involved in an on-going verbal feud for nearly two years. 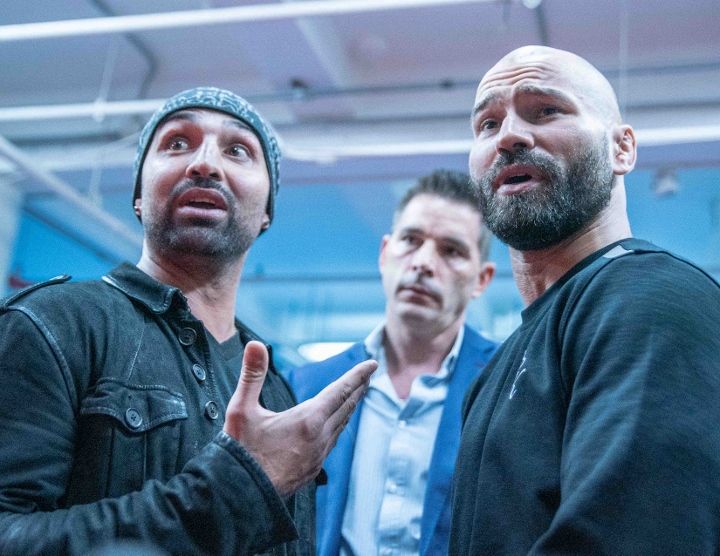 The feud between Malignaggi and McGregor first began in 2017, when the UFC star was using Malignaggi as a sparring partner to prepare for an August 2017 clash with Floyd Mayweather.

McGregor released video clips and photos of their sparring sessions. McGregor claimed that he battered Malignaggi and dropped him.

During a media event several weeks ago, Malignaggi slapped Lobov across the face before a brief scuffle broke out.

Malignaggi is planning to give Lobov a beating that is so brutal, it would force McGregor to come out of retirement to get revenge.

“Once I put his boy in a coma, he’s gonna want to fight me,” Malignaggi said to MMA journalist Helen Yee. “If he’s any kind of man, he would. So once I do that in June, he will want to fight me, but the conversation doesn’t even get initiated unless 12 rounds of sparring, unedited, the way it actually happens, comes out. If it doesn’t, then Conor doesn’t even start the conversation.

“I’m telling you right now, if they don’t pull him out of this fight in the correct way, he’s going to get hurt. He’s going to get permanently hurt. This is actually a very professional fighter against a guy who basically belongs in a tough-man show.”

Paulie putting someone in a coma is funny af...I mean come on man, Paulie never showed he had coma afflicting power in his entire career...Paulie might be underestimating this Lobov dude...If he gets clipped and slept he’ll have to be…

[QUOTE=Ca$ual Fan;19677726]Oh so now you're trying to make me analyze? So what does your analysis tell us about that edited footage? that Malignaggi truly beat his ass? Again, you're just trying to make it look like the way you wanted…

[QUOTE=Southpawology;19673867]Go watch Ray mercer vs tim silva . Mercer didnt get "power doubled and elbow smashed" lmao[/QUOTE] Lobov has no wrestling or ground game anyway. He's a brawler without much power, with sometimes good head movement, and is known for…

[QUOTE=vaborikua2014;19677652]Common sense If what McGregor and Dana white were saying of how they beat malignaggis ass was true then they would have released the sparring video like Dana said he would and never did. Also if what they said was…