The World Boxing Super Series and the cruiserweight division have been a largely successful marriage.

The structure, format, and matches have allowed for the division to define itself in the ring over the last three years. The original WBSS tournament in the class crowned a clear, true world champion in a field that featured six of the then-top ten fighters in the class according to TBRB. The sequel, despite the loss of Oleksandr Usyk and Murat Gassiev, had the same ratio in its favor.

And, just as was the case the first time, it ends in a final featuring the top two seeds with a vacant lineal crown at stake (DAZN, 3 PM EST). Whether this is just the end of this tournament or the end of the WBSS experiment, it’s a pick ‘em main event with the potential to be the fight of the day on the most active Saturday of 2020. 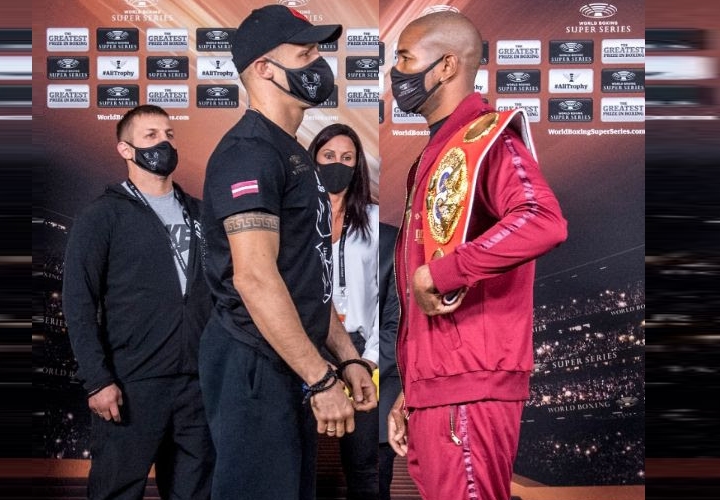 The Pick: Both men arrive in the final off the exact same layoff and a knockout win. Dorticos got his a little cleaner, with Briedis lucky to not be disqualified against Glowacki in his semi-final win. Dorticos is taller, has longer arms, and an excellent jab. The Cuban battler also appears to be more predictable. It’s jab-right hand over and over, but it works for him more nights than not, and that right hand is a serious weapon.

What Briedis lacks in height and reach he should make up for in speed. He’s lighter on his feet, gets his hands off quickly, and mixes up his offense more in terms of changing velocity and trajectory of shots. He gave Usyk trouble in part by not being in the same place at all times and working angles with clever lateral movement. His knockout percentage isn’t as high as Dorticos but he’s got enough pop to score the stoppage if opportunity arises.

In a fight that could have serious drama and some shifts of momentum, the more versatile man feels like the safer pick. Dorticos will have chances off the right hand but Briedis’ movements and combinations should give him the benefit in enough rounds to exit Saturday as the new leader at Cruiserweight.

Dortico is going all in.