Maidana-Santana Was Eyed For 7/20, Before Maidana KO'd Return

The fight would have been the first bout in the planned comeback of Maidana, who has been inactive since September of 2014, when the Argentinean boxer lost a twelve round unanimous decision in his rematch with Floyd Mayweather at the MGM Grand in Las Vegas.

Maidana-Santana was going to be steered for the date of July 20th, as part of the undercard to the planned pay-per-view bout between Manny Pacquiao and Keith Thurman. 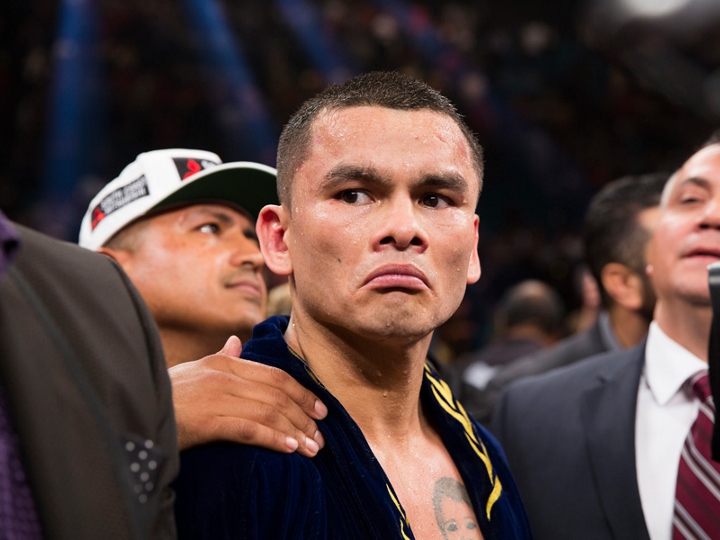 But those plans went up in smoke on Wednesday night, when Maidana unexpectedly returned to Argentina - and announced to local reporters that his planned comeback campaign was called off.

As BoxingScene previously reported, Maidana had been training since February for a planned return, and much of his camp was held in Las Vegas with conditioning coach Alex Ariza.

The ex-champ had gained a tremendous amount of weight during his long layoff, but had already dropped around 44-pounds in camp.

As part of his return, Maidana had signed a multi-fight agreement with Premier Boxing Champions - with an eye of their top welterweight names.

Maidana indicates that he lost his desire to return.

Sources reveal that Maidana had received several monetary advances to assist him with any comeback expenses, include an advance on the day he returned to Argentina. However, Maidana was pushing for a larger advance - but there was always a fear that Maidana would lose his desire to return and fly right back to Argentina - which he did.

So Maidana just took the money and ran???lol

[QUOTE=sbbigmike;19693864]That boy was working out there, getting the pounds off.....Truth is Haymon lowballled Chino, Chino gave Floyd his all for 24 rounds, he was the one who showed Floyd what that ledge looks like......Every fighter these days is making 4-5…

[QUOTE=THEFRESHBRAWLER;19693816]He did make easy money. Read the last paragraph. [B]Maidana had received several monetary advances to assist him with any comeback expenses, include an advance on the day he returned to Argentina. [/B] He ran off with the money That…

[QUOTE=paulf;19692938]That would have been an easy money fight for Maidana. Crazy that he cancelled the comeback after doing all that work. There's something we're not hearing about this story.[/QUOTE] He did make easy money. Read the last paragraph. [B]Maidana had…