Magomed Abdusalamov - Book Being Written, Motion Picture Offers Being Made

Retired Russian boxer Magomed Abdusalamov is potentially going to be the subject of a film being produced in the United States, according to a very close friend of the family, Surkhay Sungurov.

At the moment, there is a book being put together about the life of Abdusalamov.

"We want to describe the path that he's traveled in a book. It will not be an autobiographical book, but a motivational one. We hope that it serves as motivation for people who are in a difficult situation, and not only in sports. We plan to release a book this year," said Sungurov to tass.

“There are also proposals to make a film in Hollywood based on this [book]. Based on the script of the book, a film based on it may come out." 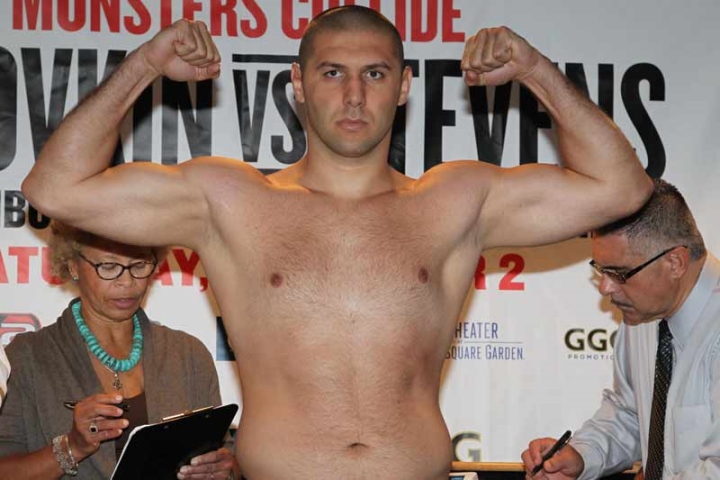 On November 2 of 2013 Abdusalamov suffered a very serious injury during a fight with heavyweight contender Mike Perez, which took place at the Madison Square Garden in New York City.

Abdusalamov lost a unanimous decision and took a tremendous beating in the fight.

The Russian boxer sustained a severe head injury and fractures in his arm and jaw. He was taken to the hospital, where he suffered a stroke.

He was placed artificial coma, which lasted until December 10 of that year. The athlete underwent craniotomy to remove blood clots, and a broken jaw was operated on.

Abdusalamov spent a period of time in a rehabilitation center. He was there until mid-September of 2014, before being discharged.

Currently, Abdusalamov requires daily care and lives with his family in the United States.

In February 2014, it became known that the Abdusalamov family filed a $100 million lawsuit against New York State and the leadership of the New York State Athletic Commission.

The family accused officials and medical workers of negligence, carelessness and unprofessional performance of duties, which led to irreversible brain damage in Abdusalamov - as a result of injuries received in the ring. The lawsuit claimed that if the fight had been stopped at a proper time, the injuries could have been avoided.

In 2017, the defendants agreed to pay the athlete’s family $22 million to settle the case.

Yes, the ref too. But the Russian was throwing punches. The trainer had a minute between rounds to assess the damage. We all saw what was going on, why not them?

Hopefully all the money goes to his family.

[QUOTE=garfios;20653265]none of them where the same. The corner is a fault here too.[/QUOTE] Agreed. There was a massive amount of swelling on Mago's head and face and while he was incredibly tough and never stopped trying; There was a point…

In Britain we often complain about fights getting stopped to soon but the referee is there to do a job. Yeah we want to see big ko's but it's the fighters life that's at stake. 99% of the time the…

[QUOTE=garfios;20653265]none of them where the same. The corner is a fault here too.[/QUOTE] yes, and the referee at this level should have known better as well .