Luke Campbell: Loma Will Stop Crolla, Play With Him - Or Both!

The two boxers will collide at Staples Center in Los Angeles, California.

Campbell, who is currently the WBC's mandatory challenger at lightweight, believes the contest deserves the long odds that have been placed on Crolla. 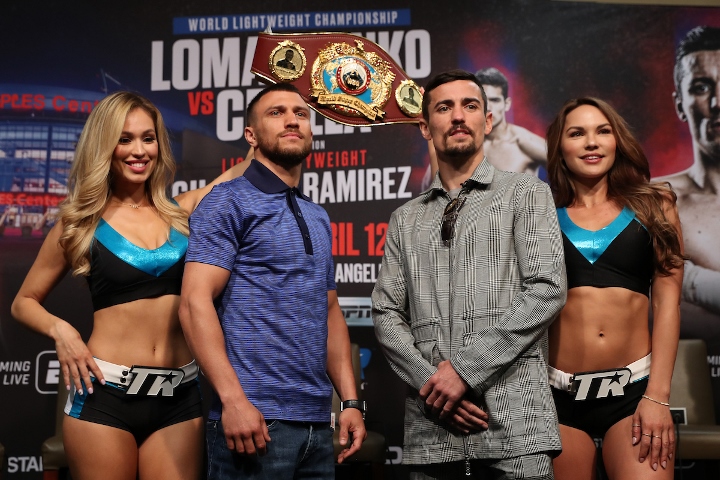 Some oddsmakers have the British boxer tabbed as a 100-1 favorite - despite his past as a former world champion who pulled off several upsets.

“I don’t give Crolla a chance, he is made for Loma. Loma with either stop him or just have fun with him, he might even do both. Crolla will be getting a good payday for it but I don’t believe for one second that he can beat him. He doesn’t have the one-shot power to shock him, he is going to get a beat comfortably," Campbell told Sun Sport.

Lomachenko is a two-time Olympic gold medal winner, has an amateur record of 396-1, and is widely regarded as one of the top pound-for-pound boxers in the sport.

Campbell is potentially a future opponent for Lomachenko down the line, and he believes that he's capable of beating the three division champion.

"Loma is a much better fighter now than he was for his first pro loss. I beat him by being me; tall, awkward, strong, fast and skilful," Campbell said.

“This is my time and me and Lomachenko will make the division. It would be a class fight but I need to win that WBC title first, then I can look for that showdown. It would put two Olympic champions and two world champions against each other to unify the division. I would love the fight. He is certainly in my path.”

He's just jealous that Anthony is getting a crack at Loma. Old skool butt-hurt is all it is.

Crolla will shock the world