Larry Wade is very familiar with WBC heavyweight champion Deontay Wilder and the power that he possesses in his right hand.

The Las Vegas based strength and conditioning coach had top heavyweight contender Luis Ortiz in the best shape of his career for his November showdown against Wilder.

He was front and center at the MGM Grand Garden Arena in Las Vegas when Ortiz largely out boxed Wilder over the first 6 rounds of the fight.  However, all it took was one big shot for Wilder to erase the lead and stop Ortiz in the 7th round. 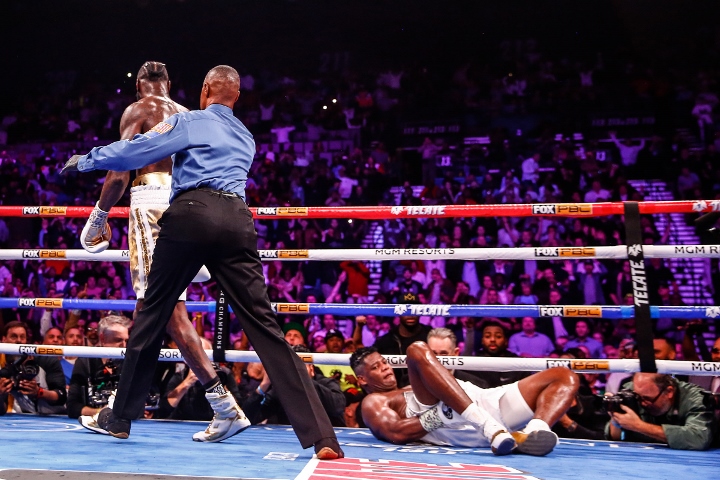 Wade believes that if Fury can't avoid the right hand that he will likely suffer the same fate.

"Well as you guys know I worked with Luis Ortiz for his last fight so he was in great shape but the one thing I learned in that fight is that when you are dealing with Deontay Wilder it only takes one shot. If he can land that one shot it doesn't matter if it is Tyson or whoever is in the ring with him," Wade told BoxingScene.com.

"You have to be on guard at all times. Now if it comes down to a boxing match and Tyson can stay out of the way of that right hand it is going to be a long day for Deontay but if he takes him lightly and thinks he can play with Deontay and Deontay lands that missile on that right hand he is going to go down which you saw in the first fight."

the most obvious piece of advice going

[QUOTE=davef;20396408]Excellent analysis by the s&c coach said things that never even entered my thoughts I will now look at this fight from a totally different perspective[/QUOTE] :chairshot:rofl:

[QUOTE=larryx...;20396707]Wilders camp seems to be working to setting up the left hook and the uppercut[/QUOTE] Good luck with that.

Nobody can avoid Wilder right hand for 12 rounds.

[QUOTE=JP Marra;20396748]The LDBC are a bunch of inferiority complex 80IQ idiots.[/QUOTE] They are but this is still a dangerous fight for Fury either way