Luis Nery: I Want To Win Back My Title, Unify The Division

"We're two great fighters who were here to put on a show," said Nery. "That's what you have to expect from fighters of our caliber. I'm happy to start on the right foot here in my U.S. debut and show everyone I'm still the best at bantamweight."

Nery stalked Arroyo from the opening bell, throwing big power shots that forced his opponent to fight off his back foot. With 45 seconds left in round two, Nery scored his first knockdown with a left that stunned him and follow-up combination that put Arroyo on the canvas. 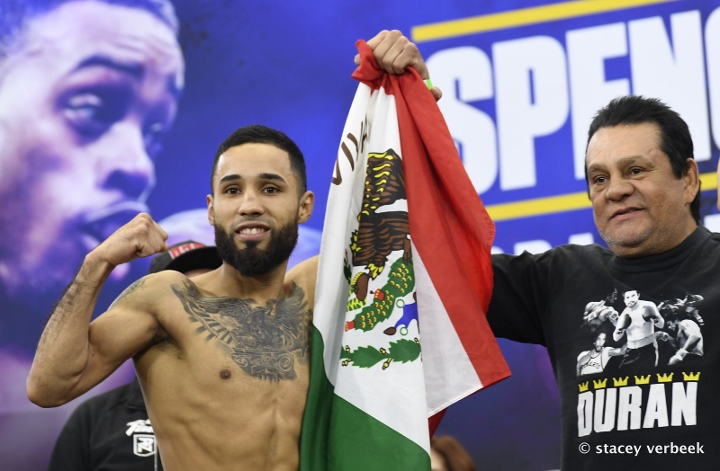 Arroyo was unable to keep the hard-charging Nery from coming forward and again hit the mat late in round three, as a wide left hook hurt Arroyo before he was put down from a flurry that followed. The trouble continued for Arroyo in round four, as he was knocked down twice more in the final minute of the round.

"I never felt like I was dazed or anything, they were just hard punches," said Arroyo. "I went down but got right back up. If it were up to me I'd have kept going. I have to give respect to my opponent for his performance. This isn't the end of my career. I've seen him fight before but I was surprised by his power. It was his night tonight."

After the fourth round, Arroyo's corner stopped the bout, making the official stoppage 10 seconds into round five. Nery dominated the bout, out landing Arroyo 87 to 36, while landing 44 percent of his power punches.

"We're going to train hard and hopefully by June, we'll have the belt back," said Nery. "I want to win back my belt, then unify the division."

[QUOTE=john l;19620775]Keep sticking up for your hero the cheat who uses PEDs and then comes in over 3ds heavy in next.Take poster off wall get some CLEARACIL and find your self a girlfriend(or boyfriend)and quit following me around like a…

[QUOTE=Catrin;19615915]All that typing you do! shows how much of a life you got! Keep it moving you bummmmmmmm! Make sure you got mommas rent money! Que pendejo[/QUOTE] Keep sticking up for your hero the cheat who uses PEDs and then…

"yeah, I cheated. But I'm still a beast".Lmao They need a hero so bad after the Garcia embarrassment they can overlook anything Nery'll do at this point. Inoue would send that clown home with blood in his liver, so just…

[QUOTE=john l;19606326]"Boxing more a business then sport" are you just getting that?Your post is just too stupid where do I even start?Yamanaka was NO BIG money fighter even with his popularity in Japan.And like already told you their is pressure…

[QUOTE=Catrin;19604180]Yamanaka is a super star in japan! You telling me he cant afford to pay his corner for a cAmp!!!! This just shows you how boxing is more of a business than a sport! Now you telling me the fighter…