After being relegated to small club shows the past couple of years since signing with Roc Nation Sports, middleweight hopeful Luis Arias finally gets to perform the big stage as he faces Arif Magomedov this Saturday night from the Mandalay Bay in Las Vegas.

His fight is part of the HBO pay-per-view undercard that is headlined by the rematch between Andre Ward and Sergey Kovalev.

"I've always felt I had the skills to be fighting on the big stage and I felt I've been ready for a long-time,''said the native of Milwaukee, Wisconsin."But everything is a process and everything comes with it time and it's finally time." 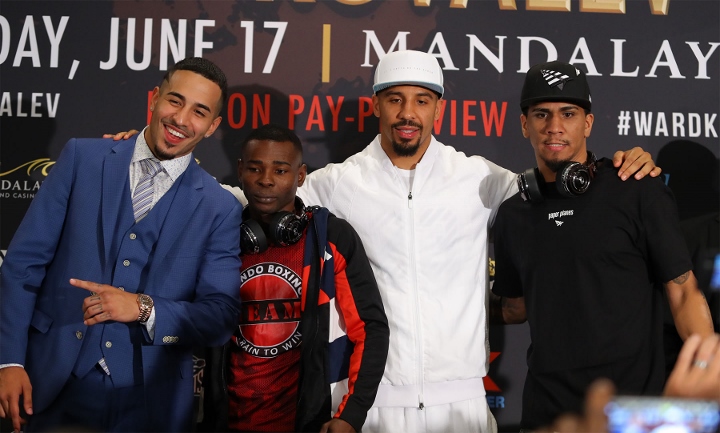 Asked if there are any nerves going in, the undefeated (17-0, 8 KO's) 27-year old told BoxingScene.com - "No, no, I've got to take this like a regular fight. I'm taking this fight as if it were just another Saturday night and I can't put pressure on myself. When that bell rings everything goes out the window and I'm ready to put on an A-class performance."

So what exactly does he know about this Russian foe?

Does he box or punch Magomedov?