Middleweight hopeful Luis 'Cuba' Arias (16-0, 8 KO's) will be making his 2017 debut on April 1st at the Aldrich Arena in Maplewood, Minnesota.

"I think 2017 is the year for me, I sat down with my promoters, I've been out for awhile," said Arias, who is promoted by RocNation Sports.

"We've had some discussions about me making my debut on prime time network a couple of times. Those fights fell through. So this is the year I make it my coming out party, hopefully I'll be having a big fight coming up, some big names and I'm ready to get in the mix. I plan on being the number one contender by the end of the year." 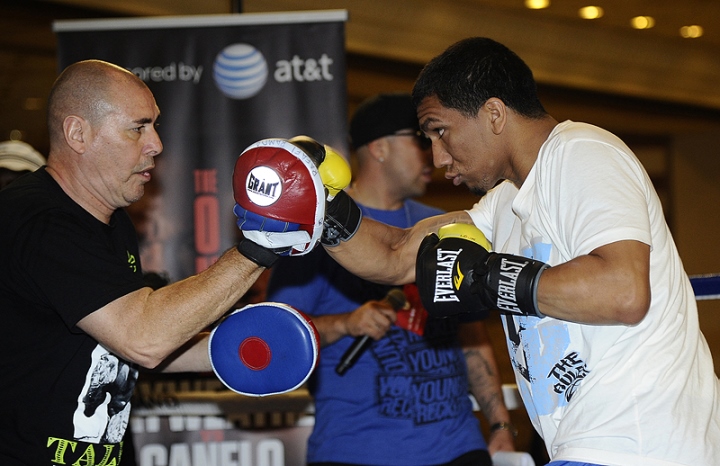 The 26-year old native of Milwaukee, Wisconsin last fought on August 20th when stopped Darryl Cunningham in four rounds. He hopes to stay active in 2017.

"I think four (fights) would be perfect. I already missed out on one," said Arias, referring to the aborted Miguel Cotto-James Kirkland show that was scheduled for February 25 in Texas.

"So I'm fighting in April. It's kind of a late start but if I can get three, four fights by the end of the year, which is manageable, I'll be good. I'll be satisfied."

My Nica/Cuba best of luck 2017. I hope the ROC gets you on that Ward-Kovalev undercard.

I was excited about this dude at one point but he has shown to be a little knucklehead. Even since his amateur days.