This coming Saturday night, Britain’s Dillian Whyte (22-1, 16 KOs) in a major showdown against Lucas Browne (25-0, 22 KOs) of Australia in a high-stakes heavyweight showdown at the O2 Arena in London.

The contest will be televised by Sky Sports in the UK and HBO in the United States.

A win for either boxer would be huge. Whyte is already in line for a mandatory crack at WBC world champion Deontay Wilder. And Browne can snatch away that opportunity with a win. 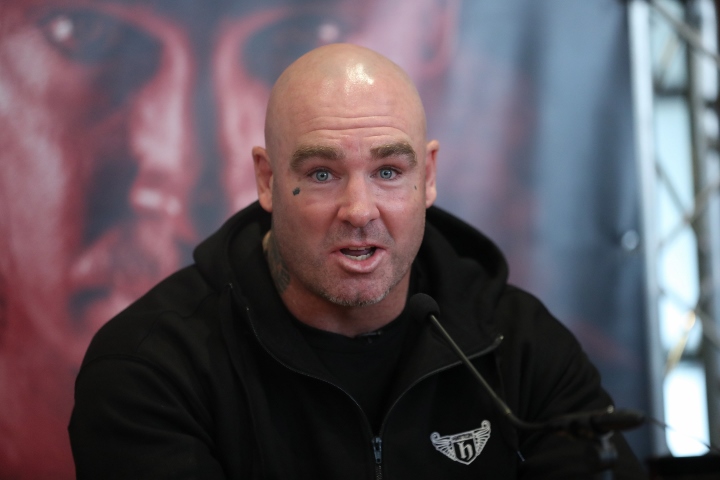 Browne is still fighting to rebuild his reputation after failing two drug tests in his career.

In March of 2016, Browne made history by becoming the first Australian to win a version of the world heavyweight championship, by stopping Ruslan Chagaev in ten rounds to claim the WBA "regular" title in Russia.

Browne was later stripped of the title due to a failed drug test for the banned substance clenbuterol.

In November 2016, the WBA ordered Browne to fight Shannon Briggs for the vacant WBA "regular" title. But the fight never happened after Browne failed another drug test when he tested positive for banned substance ostarine.

"Three days before the fight [with Chagaev] I was tested and was completely clean," Browne told Sky Sports Toe 2 Toe podcast.

"Clenbuterol was in my post-fight test. It's for stripping weight. At that point, it does nothing for me. I did a lie-detector test to prove my innocence."

"[As far as the second failed test], I went to the local supplement shop. There was something [in a pre-workout supplement] that was on the banned list."

Browne believes the drug testing controversial have affected his overall popularity in Australia - and he openly admits that he was never really embraced on the level of other fighters in the country.

"This is the unfortunate part," Browne said.

"Jeff Horn, for example after he beat Manny Pacquiao, was given the key to his city and a parade. I had four reporters wait for me at the airport, and that's it. That was disappointing. It was because of who Horn fought - if I had fought Wladimir Klitschko, for example, it would have been different. Once the drugs thing came up, there were 10 people waiting to talk."

[B]Browne believes the drug testing controversial have affected his overall popularity in Australia[/B] - and he openly admits that he was never really embraced on the level of other fighters in the country. Was this written by a 6 year…

Yea he's either a cheat or an idiot. I still cant see him getting past Whyte on Saturday and at 38 I don't think hes gonna have another chance at one of the big guns. Whyte disppointed against Helenius but…

He smelled one of Canelo's ginger farts and inhaled some of the PED traces in the ginger-poop particles. Free this man!

[QUOTE=knockoutkid;18585062]he probably dodged the first test and misjudged the second one and he got busted, he was in way too good of shape to be natural, imo. Yes the old it was in a supplement chestnut that's a good cover…

DOUBLE F***ING STANDARDS MUCH?! F**************CK! Browne was CLEAN 3 days before the fight then test positive AFTER spending the week in Frigging Chechnya! This is BS! Browne was DRUGGED and yet Canelo gets off, F*** this sport sometimes man!