Lubin: We'll Fight Anyone At 154, Question Is Will They Fight Me

With parity alive and well in the junior middleweight division, there is virtually no outcome at the top level that comes as a surprise these days.

Case in point, the most recent changing of the guard in a division whose title picture has served as a revolving door in recent years. Jeison Rosario (20-1-1, 14KOs) became the latest to upset the apple cart, scoring a stunning 5th round stoppage of Julian ‘J-Rock’ Williams to dethrone the defending unified titlist this past January in his hometown of Philadelphia, Pennsylvania.

The result caught the eye of highly-rated contender Erickson Lubin (22-1, 16KOs) who hopes to land a title fight once the sport as a whole resumes.

“Rosario is a hard-hitting puncher,” Lubin noted while discussing the topic on the most recent edition of Timeout With Ray Flores on Premier Boxing Champions’ (PBC) Instagram Live channel. “He did what he had to do. J-Rock is a great fighter. Rosario was hungry. J-Rock may have gotten a little comfortable winning the tbelt maybe, or being in his backyard or whatever.

“Rosario came in there with a game plan and executed it very well.” 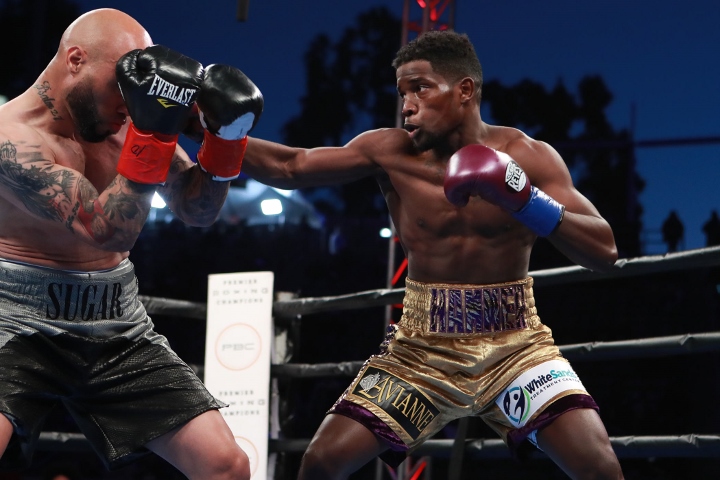 The upset win by the 25-year old Dominican represented the seventh time in a span of 20 months in which a major title (excluding secondary belts) changed hands. Lubin had his own shot at a belt, suffering his lone career defeat in a stunning 1st round knockout at the hands of Jermell Charlo (33-1, 17KOs) in October 2017.

Four straight wins have followed for the 24-year old Orlando native—who now lives and trains in West Palm Beach, Florida—including a 10-round decision over Nathaniel Gallimore last October. Lubin currently serves as the number-one contender to the title currently held by Charlo, having called for a rematch or even a showdown versus former titlist Tony Harrison (28-3, 21KOs) to get there. Absent that opportunity, he’d be perfectly content with heading in a different direction to put a belt around his waist.

“That’s another fighter I’d love to face, Jeison Rosario or even J-Rock,” insists Lubin. “All the top names in the division, I’m not ducking anyone.

“It’s exciting. We’ll fight any one of those guys. The question is will they fight me?”

[QUOTE=JP Marra;20576070]Earn? These boys are so entitled from growing up on govt assistance they have zero integrity of work ethic.[/QUOTE] Don't quote me, I've no use for racist scumbags like you.

[QUOTE=just the facts;20575927]Get off your ass and go earn it, you've realistically done nothing since Charlo put your lights out in under a round.[/QUOTE] Earn? These boys are so entitled from growing up on govt assistance they have zero integrity…

Do any of these types actually fight anyone? I mean, the term talk is cheap refers to these guys over at PBC.

Get off your ass and go earn it, you've realistically done nothing since Charlo put your lights out in under a round.

Shakespeare called it. To be or not or to be is indeed the question.