Lubin's Coach: We Are Ready To Fight The Charlo-Rosario Winner Next

For most of the fight Lubin was the busier and more accurate fighter. However, the action was lacking early on and didn't really pick up until the later rounds in the fight when Gausha began to let his hands go more often. 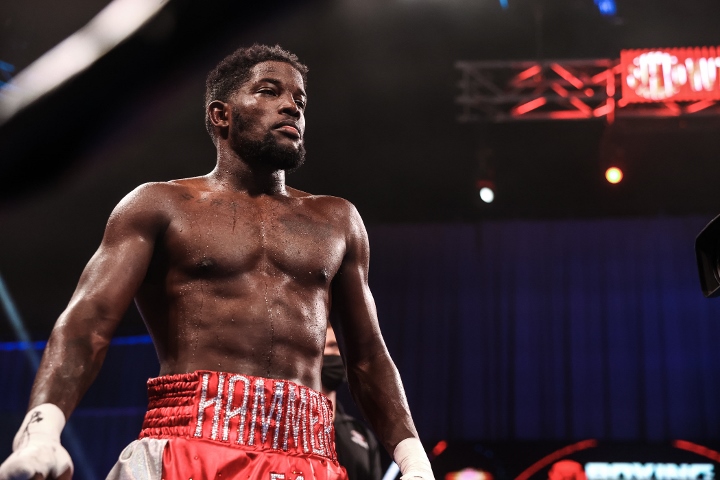 Lubin's trainer Kevin Cunningham acknowledged the lack of excitement and believes that Gausha's safety first approach was the main culprit.

“I knew going in that Gausha is patient and doesn’t take risks. So that makes for a more tactical fight. Gausha fights off his high guard and defense. Styles make fights and sometimes you have to take what your opponent gives you and win the fight. Gausha is hard to look good against, neither (Erislandy) Lara or (Austin) Trout looked great against Gausha. Hammer did what he needed to do to control the fight and win almost every round," Cunningham told BoxingScene.com.

With the victory Lubin is now the mandatory challenger to the Jermell Charlo-Jeison Rosario unification showdown that takes place on Saturday night. Charlo's WBC title and Rosario's WBA and IBF titles will all be on the line.

According to Cunningham, they won't savor the victory for long and will continue to work on their craft.

"Now is not time to celebrate, we’re right back in the lab. It’s time to tighten loose ends and get sharper. He has fought himself back into the mandatory spot, earning the right to face the Charlo-Rosario winner. We will be ready for whoever comes out on top in that fight," said Cunningham.

As a fighter you spend several years developing a craft that may not pay dividends towards retirement if you don’t become champion and make a few defenses. So for Lubin, I’m not sure what you are making per fight but…

No chin , no chance

Lubin is a good young fighter. I would like to see him become stronger and more explosive before going against Charlo again. I don't really see the extra gear he'll need to beat Charlo. He fights at one speed

Charlo can beat both Lubin & his coach in a two against one handicap match.