Lozada Vows To Down Pedraza Like He Did Verdejo

Baja California native Antonio Lozada Jr. has let it be known that he's in the best shape of his career to once again upset the odds, once again, this Saturday night in Florida.

He will face Puerto Rico's Jose Pedraza as part of a Top Rank card. 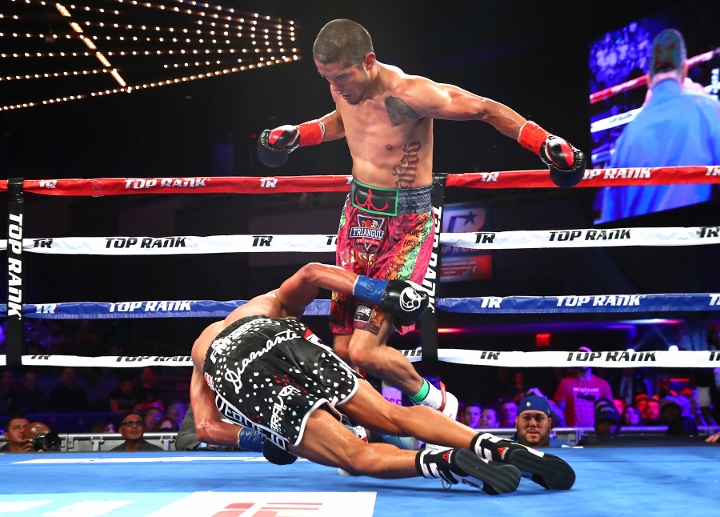 Last year, Lozado shocked the experts when he knocked out another boxer from Puerto Rico, the then undefeated Olympian Felix 'Diamante' Verdejo.

Pedraza wants to get revenge for Verdejo - and Lozada promises to pull off another upset.

"Pedraza is a great boxer, he has been world champion twice. I hope he behaves like a world champion, that really wants to avenge his countryman (Verdejo). Beforehand I know he is a gentleman, he has always greeted me very well, the rivalry is inside the ring. I'm going to fight with everything. I'm getting in the ring to win and from bell to bell I'll go out and fight. So, if he wants to avenge his countryman - we'll see about that," said Lozada to ESPN Deportes.

"Once again, it's time to break the predictions [that I'll lose]. I urgently need to be a champion, hopefully they'll do it now. The last time I beat Verdejo and I was not ranked by the WBO. Verdejo was ranked at number one [by the WBO], I knocked him out and they did not rank me. But regardless, we must continue to knock loudly on the door so they can hear me."

"I have a son, I just became a father, and like all parents you want to secure your future, and this fight can help me - so this Saturday we will give the victory to all of Mexico."

Pretty even fight! Leaning a little towards lozada to pull the upset!