Lou DiBella has been a longtime advocate for women’s boxing. If the New York promoter has his way, a historic spring card will take the sport to a new level in 2019.

Sources close to fighters involved in the event told BoxingScene that DiBella is working on an all-female show featuring at least two, and possibly four, world title fights. The tentative time frame for the event is March-April, with a location somewhere in the New York Tri-State area.

Perhaps even more notable is DiBella’s intention to place the card on premium cable, and when contacted by BoxingScene, he confirmed his plans and said that “meaningful discussions” have been taking place with Showtime, which has joined DiBella as a pioneering force in getting the ladies the television exposure they have sorely been lacking. 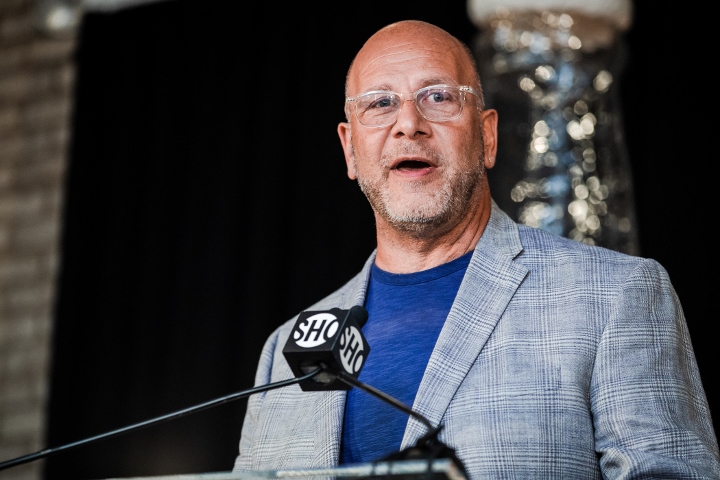 But if this card comes off in the way DiBella hopes it does, it could be a game changer as the first all-female card to be televised on a major television network in the United States. There have been sporadic all-female pro events over the years, the most memorable being a trio of 1998 cards in Atlantic City that featured the likes of Jane Couch, Kathy Collins, Deirdre Gogarty, Fredia Gibbs and Jill Matthews. Rock and Sock Productions launched in 2005 with the same intention of taking women’s boxing to the masses, but it never got the television traction it needed.

Over the last couple years, though, major exposure for fighters like Claressa Shields, Katie Taylor, Cecilia Braekhus, Heather Hardy, Amanda Serrano, Mikaela Mayer and Jessica McCaskill on platforms such as Showtime, HBO, ESPN and DAZN has opened the door for an idea whose time has come. Or more accurately, is long overdue.

“I’ve said for a long time that I was going to do an all-women’s card and I feel more strongly than ever that it’s way beyond its time,” said DiBella. “There needs to be a card of women, top to bottom, that’s representative of the sport. Claressa Shields is a terrific fighter and her fight with Hanna Gabriels was a terrific fight because you had two world-class women together. There are other terrific fighters out there, no doubt about that. But you need a card that’s match made to bring the best in women’s boxing to the public.”

At the moment, two bouts have been verbally agreed to, and they’re good ones.

In the featherweight division, a bout between newly-crowned WBO champ Hardy and pound-for-pound standout and WBC / WBA titleholder Jelena Mrdjenovich.

“Those two matchups can’t go wrong,” said DiBella. “And both sides of each fight have agreed to fight each other if it’s on a televised platform.”

As for the rest of card, DiBella is looking to stack it, and while he already has the most robust roster of female fighters among major promoters, he’s not limiting his scope to the ladies he already works with.

“There are other names like Raquel Miller, Mariana Juarez, Ava Knight, Tiara Brown, Jessica McCaskill, Melissa St. Vil,” he said. “I’m not limiting this to people that I promote. I want to make a fight card that blows people’s minds.”

[QUOTE=RickRamosBoxing;19407815]but I think it will change in the next 2/3 years for sure.[/QUOTE] I don't disagree it COULD change if the right things happen most notably of which that females start supporting female sports more. The reality is guys don't…

I agree about the dept part of it but you have to remember.... female boxing just started in the Olympic games. So, I feel that it will take 2/3 more games to develop a solid base of talent. Right now…

Well, the sad state of women's stable of boxing talent just means it needs to be supported by all of us so that many more young girls begin to enter the sport. With time, women's boxing, like women's tennis, will…

[QUOTE=R_Walken;19405661]Star studded all female card , Isn’t that a oxymoron[/QUOTE] i had the same thought

[QUOTE=Eff Pandas;19406259]They got names. Christy Martin was on the cover of SI back in the day. Laila Ali had a f#cking PPV fight ffs. The problem with girl boxing isn't they don't have a girl Tyson. They got no depth.…