WBA/WBO lightweight world champion Vasiliy Lomachenko (12-1, 9 KOs) returns to the ring on Friday night, when he headlines a card at the Staples Center in Los Angles and defense his belts against mandatory challenger Anthony Crolla (34-6-3, 13 KOs), who previously held the WBA's version of the belt.

Some oddsmakers have Crolla listed as a massive 100-1 underdog in the bout.

"I anticipate a good and entertaining fight. I want to enjoy {myself} during the fight. All of my fights, I have enjoyed. Before the fight, you're nervous a little bit, but when you step in the ring, it's your place. You step into your house, relax and enjoy the fight. I am going to show my best style and give the fans a great show. I am excited to fight at Staples Center. The fans in Los Angeles are special and appreciate my boxing style," Lomachenko said. 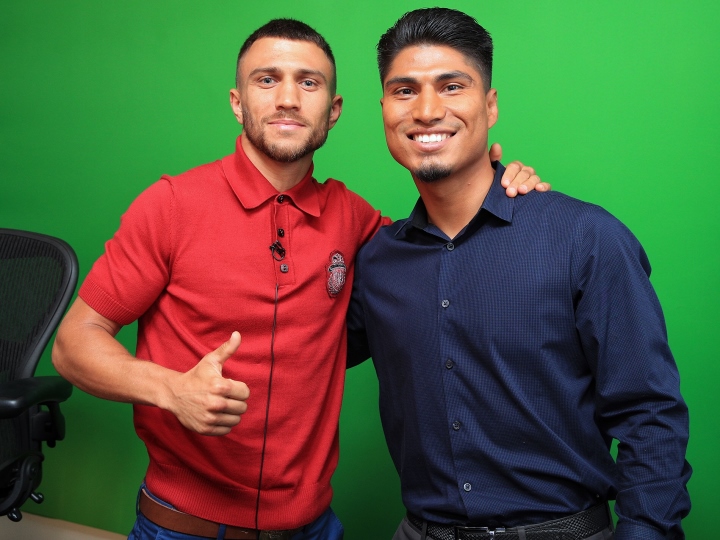 One of the fights that Lomachenko wants most is a unification with WBC world champion Mikey Garcia.

But there is still no determination on whether or not Garcia is planning to move back down to 135-pounds.

Garcia was dominated over twelve rounds and suffered his first career defeat. Now he's pondering his next career move - and there are several options, including a return to 135, a drop in weight to junior welterweight or taking another high profile fight at welterweight.

"My goal is to unify all the titles. If it's {IBF champion Richard} Commey later this year, that would be a great fight. Any champion, I would want to fight. I want IBF and WBC belts. I want to go down in history as a great champion."

[QUOTE=revelated;19653077]So you know, you're right. He DID talk about it - he talked about DUCKING it.[/QUOTE] Loma was talking only about his first fight back after his injury with that quote, nothing more and nothing less. One specific fight, which…

[QUOTE=Lomasexual;19652118]I'd agree. But I wouldn't say it is because he is scared to fight Loma. I'd say it is to do with him refusing to deal with Arum at all. Which is a shame, but I'm not gonna blame him…

[QUOTE=Derranged;19653211]The fight was inevitable at 135. He wouldn't have ducked him.[/QUOTE] You don't know that and neither do I. What we DO know is that Loma specifically said he didn't want to fight Mikey at that time. Despite what you…

[QUOTE=revelated;19653077]I shouldn't have to do this for you. So you know, you're right. He DID talk about it - he talked about DUCKING it.[/QUOTE] The fight was inevitable at 135. He wouldn't have ducked him.

[QUOTE=Derranged;19652670]Yea because it's not like Loma talked about fighting Mikey prior to his loss to Spence.....[/QUOTE] I shouldn't have to do this for you. [QUOTE=Lomachenko] “Hopefully, I’ll be back in the ring in December, I felt the pain in the…