On July 20, 2013, in Las Vegas, John "The Gladiator" Molina rallied from the brink of defeat to hand previously undefeated and highly regarded Mickey Bey the first loss of his career with a dramatic 10th-round stoppage. It remains one of the most unlikely finishes in the 15-year history of ShoBox: The New Generation.

Heading into the last round, Molina was trailing on all three judges' scorecards by 90-81, 89-82 and 88-83. But with about 1:25 remaining, he connected with a left hook to the chin that stunned Bey. Sensing Bey was in serious trouble, Molina followed with a series of shots with both hands. Moments later, the referee, Vic Drakulich, stepped in and stopped the fight.

"That's why you gotta love the fight game. Anything can happen," said Molina. 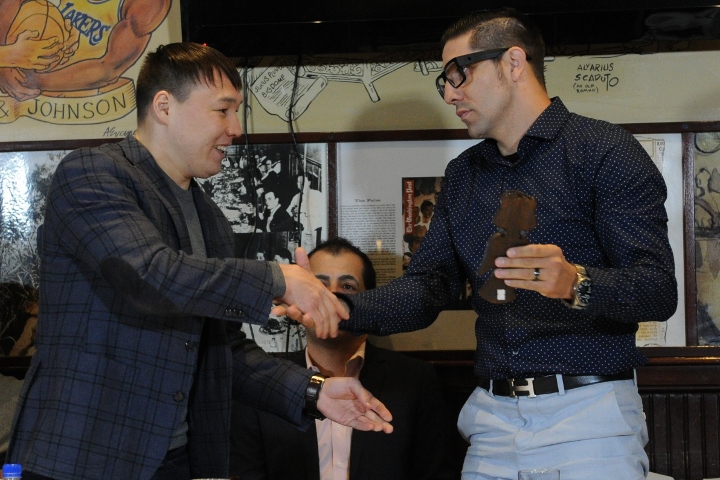 Sadly I have poor vision, +500 in both eyes (far sighted) but I cant help but notice that Molina has some crazy prescription glasses.