Lionell Thompson: I Was Worried Moving Down, Now I Feel Great

He dropped down from the light heavyweight limit of 175 pounds and he made his debut at 168 pounds in phenomenal fashion, upsetting former IBF world champion Jose Uzcátegui (29-4, 24 KOs) with a decisive unanimous decision. 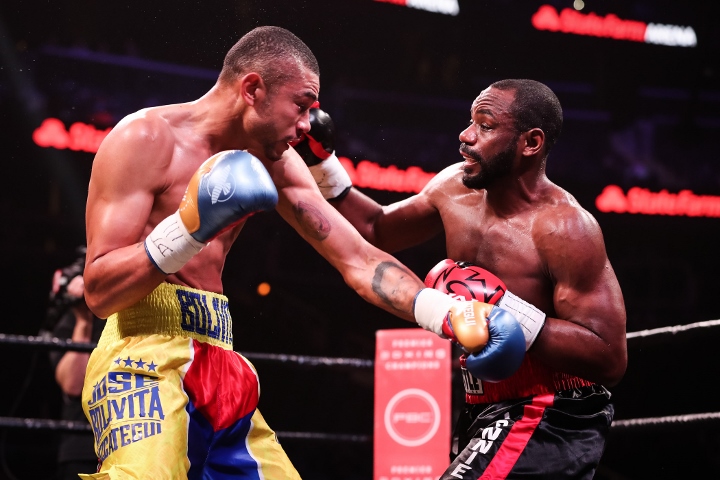 Thompson had campaigned as a light heavyweight his entire career. He got off to a very fast start when he scored the fight’s only knockdown in the first round, landing a textbook one-two combination that floored the Venezuelan Uzcátegui for the fifth time in his career.

Thompson overcame a cut over his right eye in the third round and a point deduction for holding in the fourth.

Thompson was the far more accurate puncher, holding advantages of 32 percent to 19 percent in overall punches and 32 percent to 13 percent in jabs. The Buffalo, N.Y. native also out-landed Uzcátegui in nine of the ten rounds including an overall advantage of 80-21 connected jabs.

“Moving down to 168 (pounds), I was a little worried for my first fight but I felt great,” said the 34-year-old Thompson.

“I still had the power at this weight and I hurt him a few times. This is my weight class now and I think I have a real chance at becoming super middleweight champion and putting my city on the map as the first world champion from Buffalo.”

Don't get ahead of yourself Thompson. You beat a guy on the downside... I see you getting KO'd in the not so distance future. Lol. Well, that's after your Dirrell fight! Lmao