Liam Smith: Munguia is Not Better Than Me, I Want Rematch!

LIAM SMITH is gunning for a rematch with Jaime Munguia after the pain of missing out on becoming a two-time world champion.

The Liverpool-born light-middleweight says he has an “itch to scratch” after being out-pointed by the Mexican hot shot in July as he looks to get back on track taking on Sam Eggington on Saturday.

But the pain of failing to become a two-time champion hurt the Scouse scrapper more. 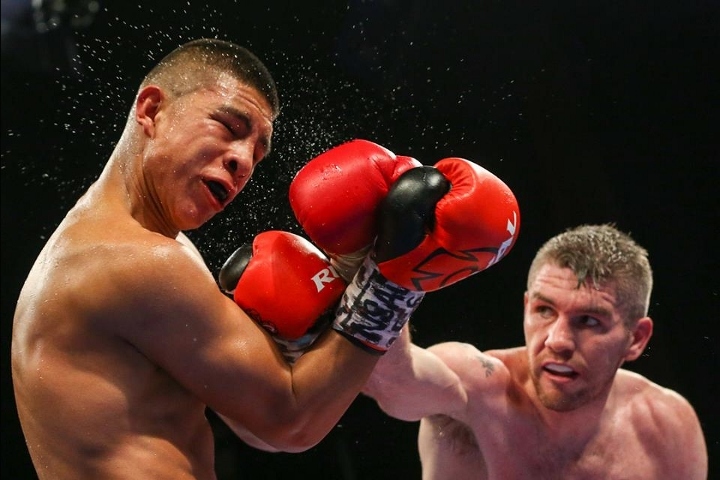 He said: “With Canelo, I lost my world title. I was sick losing to Canelo, but I can say I lost to a very, very good fighter.

“The low of losing to Munguia left me heartbroken.

“That’s an itch that needs scratching and I don’t feel Munguia is a better fighter than me, I really don’t.

“I feel that fight was perfect for him. I hadn’t fought since Liam Williams in November and November to July, that’s a long time out of the ring. Munguia was young, but he was also active.

“That played its part.

“I got messed around, I didn’t get to Vegas until Tuesday night. That was not ideal for anyone.

“The bottom line is I don’t feel he’s a better fighter than me and a good and active Liam Smith beats him. That’s why that one grates on me.”

Smith faces Eggington tomorrow night at the M&S Bank Arena in Liverpool in the first of a three-fight deal with Matchroom after an amicable split with long-term promoter Frank Warren.

‘Beefy’ is hoping the change will revitalise his career as he looks to become a two-time champion within his Matchroom deal.

There is also the possibility of a clash with British rival Kell Brook for the Liverpool fighter who has won 26 of his 29 fights.

Smith faces Sam Eggington this weekend as he looks to get back on track (Pic: GETTY)

But Smith, who beat John Thompson to win the WBO belt in 2015, knows one thing for sure – he will appreciate being world champion this time if he gets his hands on a title again.

He added: “It was kind of like a British title to me. I didn’t realise what I had, being young, being naive.

“I was just loving boxing and didn’t realise what I had. I held a proper version of the world title, so, yeah, I would do things different this time.”

[QUOTE=RJJ-94-02=GOAT;19632532]I’d probably pick Lubin by a close decision but it’s a 50/50 fight IMO, wouldn’t surprise me at all if Castano was too much for him. Castano is a very seasoned fighter, he beat guys like Spence and Derevyanchenko in…

[QUOTE=KTFOKING;19632302]And I liked how Lubin was soaking all that knowledge in. He didn't look at Smith as some dude he just whooped and was too good to hear what he had to say, but he was all eyes and ears.…

[QUOTE=RJJ-94-02=GOAT;19632293]Yeah I seen that convo with Ishe. Great to hear an experienced vet giving wisdom to a younger cat. Smith talked a lot of sense.[/QUOTE] And I liked how Lubin was soaking all that knowledge in. He didn't look at…

[QUOTE=KTFOKING;19632238]Ishe Smith actually told him something he similar. He said watching film on Lubin, he sees a dominant fighter who sets the tone from round one but against Charlo he didn't see that same confidence. Lubin actually agreed with him…

[QUOTE=RJJ-94-02=GOAT;19632183]I think the occasion got to him a little, he looked quite passive in round 1. Didn’t look establish control of the fight. It was so short though it’s hard to tell. A couple of stiff tests this year then…