The boxer came up positive, reportedly for cocaine, in the aftermath of his recent stoppage win over Nicky Jenman at Ice Sheffield.

He was given the option of vacating his title - but the fighter has refused. 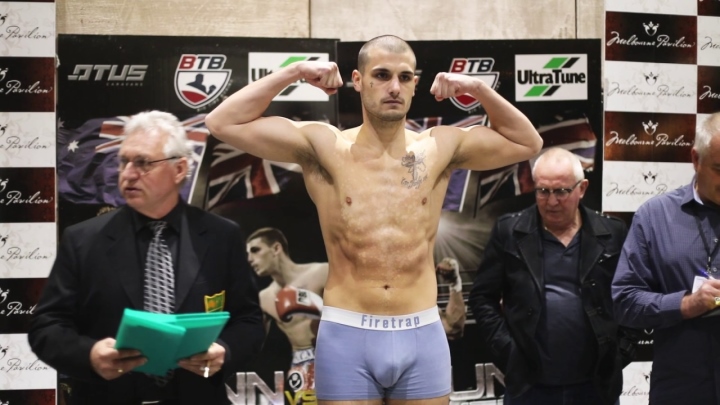 Instead, he intends to fight the charges to clear his name.

He claims that an April trip to the dentist, where he received antibiotics for a bad toothache, is the cause of his testing issue.

"I have nothing to hide. There are even suggestions I might have taken cocaine" Cameron said to The Sheffield Star.

"That's rubbish, I've never taken anything like that in my life. I would rather be stripped of the title, go out on my shield, and then prove my innocence. Then I will come back and win it again. I had right bad toothache before the fight and was given a course of antibiotics

"My body reacted to that by producing a very small amount of metabolic acid which seems the most likely cause of the test results. People will say what they want. But I am not that stupid to take cocaine or anything else a few days before a fight. I was at the pinnacle of my career, I had worked my backside off for nine years, and I knew full well I would be having a drug test after the Jenman fight. In fact, my own promoter Dennis Hobson paid £1,000 for the test.

"Why would I throw it all away? I believe in drug tests and will have the proof to show what happened, but a hearing could be a month or so away before I get that opportunity. I had got to number 12 in the world with the IBF, there is no way I would mess that up. I have been very down and depressed about this. I'm still gutted but hopefully the truth will come out and I will come back stronger from this."

This guy came out of nowhere to become British champion, if he went to Dentist they would have given novacane which is cocaine technically. If he did then he is even more dumb than he looks.