Lewis Ritson appeared to be handed a gift by the judges as he won a 12-round split points decision over Miguel Vazquez on the Matchroom show in Peterborough, despite appearing to be thoroughly outboxed.

Vazquez, the former IBF lightweight champion, controlled the pace for the entire fight and never seemed trouble by Ritson, who walked after him but had very little success. The Mexican moved well and picked Ritson off, and while he didn’t land many huge punches, he did land a lot of them. Six years on from losing his world title, a victory would have breathed some life into his career, but Ritson, who has been spoken of as an opponent for Regis Prograis in the near future, gets to move onwards and upwards.

Marcus McDonnell scored it to Vazquez by 116-113, but he was overruled by the scores of Michael Alexander (115-113 Ritson) and Terry O’Connor, whose score of 117-111 to Ritson beggared belief. Bob Williams was the referee. 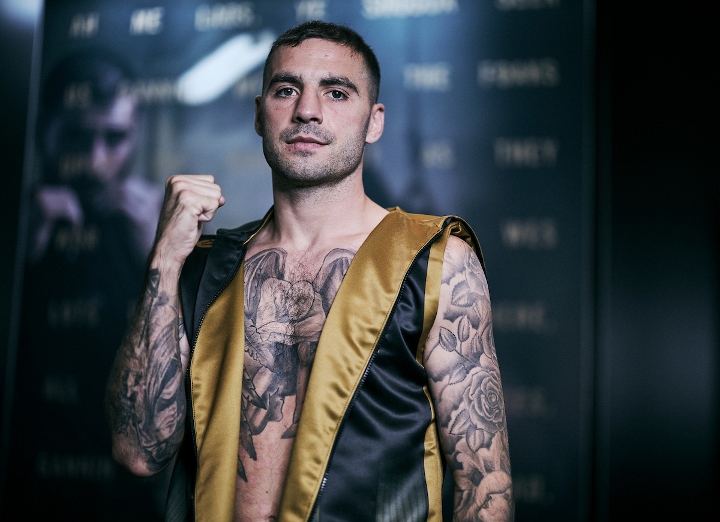 Vazquez seemed to have been given a surprisingly easy night by Ritson, who he let him build up a huge early lead and then was incapable of closing the ring down when he was chasing the fight.

This had been meant to be the night that Ritson showed himself capable of competing at world level at super-lightweight. But neither Ritson, nor his trainer Neil Fannan, seemed unduly concerned as the way things were going, as Vazquez was allowed to box at a comfortable pace without being put under serious pressure.

Vazquez, who was trying to win for the first time from three trips to Britain after losses to Josh Taylor and Ohara Davies, put Ritson on the end of his jab in the first round and kept him there. He moved well, stayed out of range as Ritson came after him at a walking pace.

If Ritson had hoped that Vazquez would slow down, he never did. By the eleventh, Vazquez upped the pace, walking Ritson into shots. Still, at the final bell, Fannan told Ritson that “there is only one winner” and his confidence was justified.

RItson did say that the fight showed he was not ready for Prograis, the former WBA super-lightweight champion, although he thought he won.

“It was a very close fight, he was awkward and I had been a year out of the ring,” Ritson said. “I thought he was just tapping with his shots when I was hitting him with the cleaner shots. You pick what you like. I went back to the corner and they were confident that I had won. I trust Neil’s instincts and I think we won.

“[I was not surprised] how good he was, but how awkward he was. Neil was saying to not get frustrated with the jab, but the more the fight went on I got more frustrated because I just couldn’t hit him, tap, tap tap, running away, running away. That’s just his style, but we got the win and it shows us where we are. It’s meant to be Prograis next, but I think we have a while before we get to them. That was a bit of an eye opener.

“Whatever you think. I was landing the cleaner hits and he was tap, tap, tap, running away. It is what it is. We’ve come away with a win and I think deservedly so.”

TOTALLY BAD FOR BOXING Terry o Connor ? It was a wba fight why 3 British judges , should have 2 from neutral countries, even Don king was not anywhere near as bad as match room and sky and the…

Total disgrace, robbery, fix, all these things come to mind watching that fight. Vasquez won almost every round, even when ritson let his shots go they missed or were blocked, Vasquez won that fight no doubt about it. It's very…

If 🇬🇧 boxing has any dignity and honor they will overturn this decision. They are destroying a man's livelihood with this bullshi+. I've been watching boxing less and less because of the politics and corrupt judges. Nothing new in boxing.…

[QUOTE=Ray*;20817359]This is one of the reasons why we cannot get bigger names to come over here. When you have a judge like Terry who comes out with a scorecard like that, not saying it doesn’t happen in other countries, but…