Negotiations are advanced for the rematch, and all indications are that Leo Santa Cruz and Abner Mares will have an agreement to meet again on September 9 at a venue to be defined in the state of California, although it sounds for now that it's heading to Los Angeles.

A source close to both Mexican boxers spoke with ESPN Deportes and said some of the details are lacking, but the the negotiations are advanced for the date of September 9.

Santa Cruz is coming back from one of the biggest wins of his career, a decision over Carl Frampton in their rematch which took place in Las Vegas back in January. The win helped Santa Cruz reclaim the WBA featherweight title - which Frampton initially took from Santa Cruz by winning their first bout in June 2016 in Brooklyn. 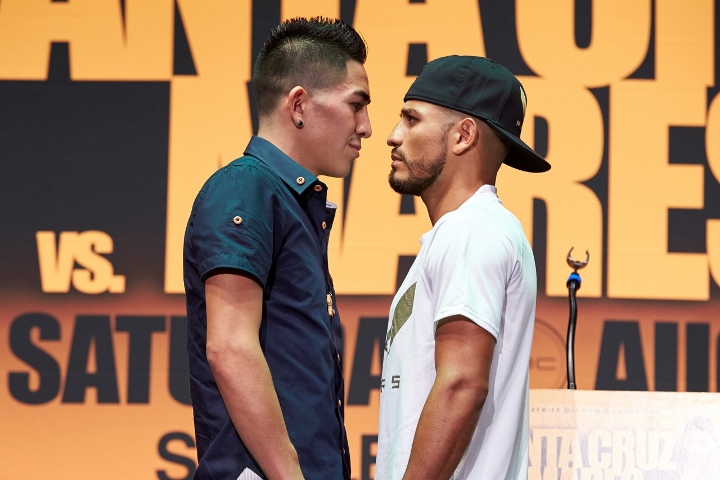 Meanwhile, Mares returns from dethroning Jesus Cuellar to capture the WBA's "regular" version of the featherweight title, in a fight which took place last December.

The victory also made Mares the mandatory challenger to Santa Cruz - and the World Boxing Association ordered the two of them to face each other in order to establish a single WBA world champion at 126-pounds.

At first, the WBA gave Santa Cruz a few weeks to discuss the possibility of a trilogy bout with Frampton - but when Santa Cruz refused to travel over to Frampton's backyard of Northern Ireland, the WBA issued their order.

In their first encounter between Santa Cruz and Mares, which took place on August 29, 2015, the two boxers went to war for twelve rounds at the Staples Center in Los Angeles. After the smoke had cleared, Santa Cruz walked away with a twelve round majority decision.

[QUOTE=THEFRESHBRAWLER;17707102]The rematch doesn't have to happen rite away moron. Everyone is ducking to Rigo. How exactly is he a pvssy he fights for a living. Smh only on boxingscene[/QUOTE] Only on Boxingscene can you be attacked for having an opinion.…

[QUOTE=DionysusX;17706796]This dude is such a pvssy. Ducked Rigo hard, demanded a rematch when Frampton beat him, won said rematch, then ducked the second rematch. I don't feel sh*t for Carl though, because he too ducked Rigo, so fvck him.[/QUOTE] The…

Meaninglessness fight. I don't see to many people demanding this rematch.

This dude is such a pvssy. Ducked Rigo hard, demanded a rematch when Frampton beat him, won said rematch, then ducked the second rematch. I don't feel sh*t for Carl though, because he too ducked Rigo, so fvck him.