Lennox Lewis: Klitschko is Still The Guy To Beat at Heavyweight

Klitschko has been inactive since losing his IBF, WBO, WBA, IBO world titles with a shocking twelve round decision loss to Tyson Fury last November in Germany. Because of the win, Fury became the top man at heavyweight - but then he withdrew from two scheduled rematches with Klitschko and later he vacated his world titles to properly deal with a mental breakdown.

Now Klitschko is being lined up to fight current IBF heavyweight champion Anthony Joshua (17-0, 17KOs), who returns next Saturday night against Eric Molina in Manchester. The fight with Klitschko is being targeted for a date in March or April. 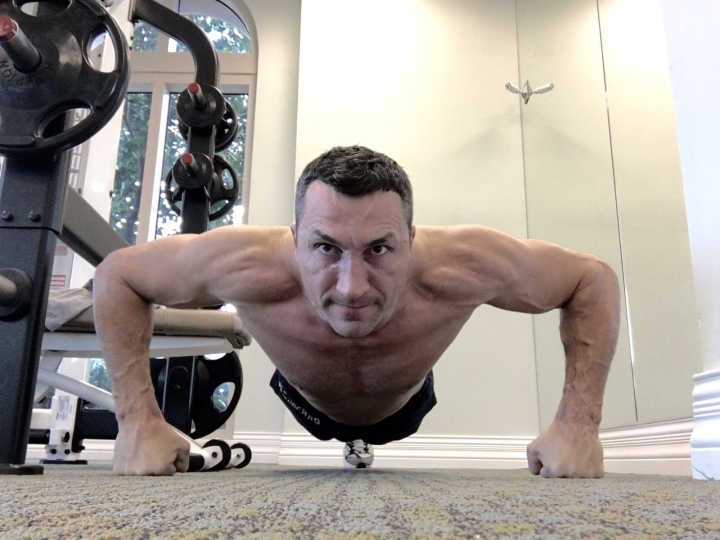 "I think Anthony Joshua has a good fight in the sense it's not going to be difficult. Obviously he's still got to watch out and not take any chances. I think it should be a three round fight for him," Lewis said to Fairfax Media.

Whether it's Joshua, the Joseph Parker vs. Andy Ruiz winner or WBC champion Deontay Wilder - Lewis believes the first person to defeat Klitschko will become the next division ruler.

"The heavyweight division is wide open now, it's there for the taking. It's really down to who wants to step in there first,  step into the arena first, and take that chance against Klitschko," Lewis said.

"Klitschko's armour has been hitched in the sense he's lost already, so he's there, he's beatable and he can be beat. He is still the man to beat right now. I feel kind of bad for him because his belts have gone all over the place right now.

"The guy who beat him (Fury), he's not that able to step back into the ring and face him, and now he's supposed to fight Anthony Joshua and that fell through. The man he really wants to fight is Tyson Fury.  So I think he's just sitting back, regressing and thinking about his next move."

Klitschko and Povetkin are still no.1 and no.2 until proven otherwise imo. Fury is retired. Ortiz is no.3 Wilder, Parker and Joshua have nothing between and it can be argued who is 3rd, 4th and 5th between them. Wilder should…

Fury beat Klitschko, but where is Fury now? So that leaves Klitschko at the top still. Granted, he may have hit the opposite side of his peak and be on his way out but he's proven a whole lot more…

It's only a short matter of time until we see Wlad get KTFO. It's going to happen and it's going to be even worse than Sanders.

[QUOTE=Illmatic94;17243255]i don't know about that, he didn't just get beat by Fury..he looked absolutely horrendous in that match, just lost and outclassed. there is no one man to beat at HW, the division is wide open for anybody, Wlad is…

I don't know about that. I thought Wlad had one last great performance in him for the fury rematch but at 39 that rematch needed to happen quickly. It's now a full year later, and klitschko has no fight signed…