Lemieux: Canelo is Great Style For Me, Fireworks For The Fans

Canelo Alvarez has widened his pool of potential opponents for his return to the ring later this year, and among the fighters he’s considering to faceoff with next is former IBF middleweight champion David Lemieux.

Due to the global pandemic caused by Covid-19, Golden Boy is looking to land a cost-effective foe for Alvarez’s return fight in September on Mexican Independence weekend, which would take place in a crowdless arena.

Golden Boy president Eric Gomez has already said that both Alvarez and his next opponent will make considerably less cash in a clash due to there not being a gate and lack of sponsors. 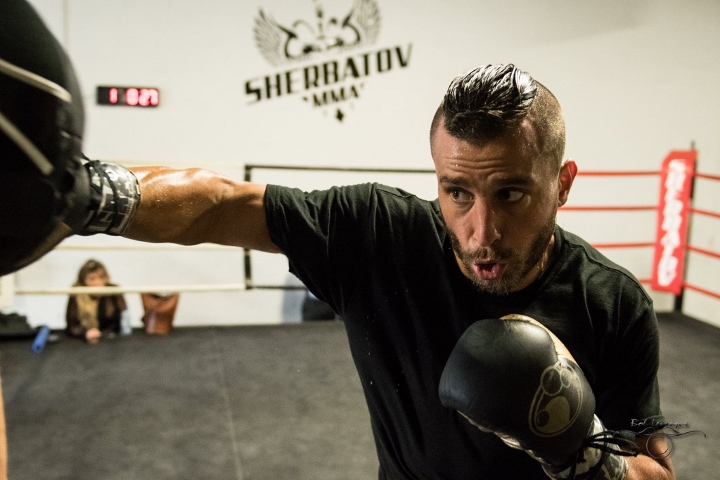 Lemieux (41-4, 34 KOs) is co-promoted by Golden Boy, and discussions are currently taking place for a potential super middleweight showdown.

“I’m looking forward to a fight and victory against Canelo,” Lemieux told BoxingScene.com in an interview. “He’s a great fighter, and is very strong and dangerous. He’s very well-rounded. He’s a tremendous fighter who’s improved through the years. He’s not a stationary fighter, but he doesn’t run either. Styles make fights, Canelo would be a great matchup for me, and fireworks for the fans. I’ll be prepared for any scenario — and not just ready, but ready to win.”

The knockout artist Lemieux said he would prefer to have an interim bout before taking on Alvarez to work off some ring rust. He’s only fought once since September 2018 and been forced to deal with nagging injuries and weight issues in between.

Lemieux looked shaky in his last bout in December, suffering two knockdowns to Maksym Bursak only to rally and land a split decision win during his super middleweight debut.

“If we were to fight Canelo next, we would do everything I need to prepare. I’ve been in the game for a long time, and I can build a camp to be in super shape for a fight against Canelo,” said Lemieux, who is trained by Marc Ramsey. “The interest is there in a Canelo fight, and it’s been a fight that has been talked about for years. We were supposed to fight years ago. Until the contract is signed, it’s all talks.”

The 31-year-old, Canadian-based Armenian fighter, however, is not interested in fighting Alvarez on the cheap.

“I want to get paid too, of course. No one is going to be picking on me for a cheap fight. If that’s the case, I have some great people around me to make sure what’s due is due. We’re staying ready and prepared for Canelo,” said Lemieux.

Lemieux’s previous career-high payday was a minimum of $1.5 million during his IBF middleweight title defense in 2015 on pay per view when he suffered a TKO loss to Gennadiy Golovkin.

He understands boxing’s ecosystem and economics are in a much different place than it was before, but he still needs to look out for himself financially as well.

“The [Covid-19] situation is terrible, but I have a family to feed as well,” he said. “I will not be going way under the minimum purse [versus Canelo]. I do the fighting, my manager Camille Estephan does the calculating.”

[QUOTE=stealthradon;20660160]It's also a guarantee that Canelo outweighed GGG in their fights.[/QUOTE] No clue. Probably. I'm not really a fan of either but respect both. I am a fan of Lemieux however. I wanted Lemieux to beat GGG and I'd be…

[QUOTE=PBR Streetgang;20659308]Yup, he fought heavyweight and was the smaller man in height and weight in alot of his fights. Stevens may have fought at 175 and 168 limits earlier in his career but it's a guarantee Lemieux outweighed Stevens when…

Fireworks he says.....More like tweety birds circling his head.

Jason Quigley it is...