Despite the cancellation of his last fight, former IBF middleweight champion David Lemieux is sill targeting the possibility of a showdown with Mexican superstar Canelo Alvarez in 2019.

Lemieux's co-promoter Camille Estephan indicated that his boxer is still fully focused on landing Canelo on the Cinco De Mayo date of May 4th, but the contest would have to take place at the super middleweight limit of 168-pounds.

"We will try to do this fight that could take place in May. That's our goal," said Estephan to The Montreal Journal. "For the moment, it's our plan A. We have not yet spoken with Golden Boy about this or about other potential fights." 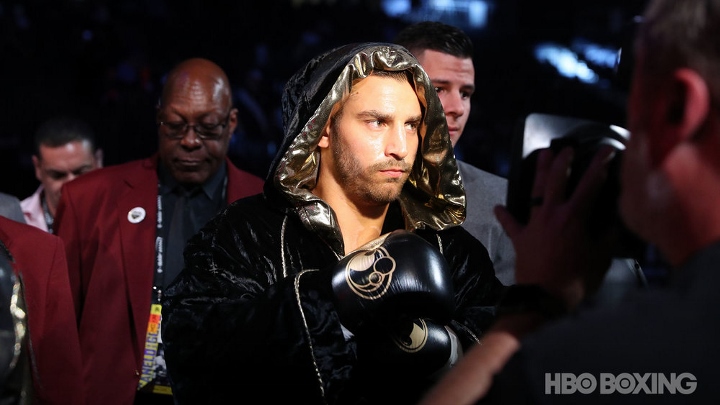 Lemieux was scheduled to return to the ring on December 15th at Madison Square Garden in New York City, but the contest was canceled prior to the weigh-in - after the Canadian star became very dehydrated from attempting to make the weight limit of 160-pounds and was taken to the hospital.

In the main event of that card, Canelo jumped up to the super middleweight limit and captured the WBA "regular" title with a third round knockout of Rocky Fielding.

"David would have liked to fight even though he had some health problems. He was on the verge of dialysis. We (Estephan and coach Marc Ramsay) decided that getting him into the ring would have been too risky," Estephan said.

"Since returning to Montreal, I had at least three meetings with David and the atmosphere was not festive. David has his share of responsibility for what happened."

Without going into the numbers, Lemieux lost a small fortune during his misadventure on December 14th. Prior to the canceled bout, he was considered to be a frontrunner to face Canelo in the near future.

[QUOTE=Shadoww702;19417345]Im done being a Canelo fan if its LeSux!!! Fkn dude got BEAT by a career S. MW who Angulo KTFO in 1 round. And Ricky Martin Rubio KO'd him. Then in his OWN backyard Saunders made him look beyond…

[QUOTE=larryxxx..;19417252]GGG followed a Monroe fight with a Lemiuex fight and people actually bigged him up for it Hell he even followed that up with the huge Wade fight[/QUOTE] Wade was a mandatory, Lemieux was a title unification what's your point?

Would be fun for as long as it lasts. 100% action packed that will end by KO most likely inside five rounds. Lemieux can crack so he has a puncher's chance no matter who he fights.

[QUOTE=Shadoww702;19419458]I would be down for that fight. I know Charlo should stay away from Andrade and saunders their style is all wrong for him.[/QUOTE]Definitely Andrade! Anyway, he won't have to "stay away" from Andrade, because Andrade swerved him @ 154…

[QUOTE=Shadoww702;19419454]Good Good! I just looked Lemuix is #1 In the WBA #1 In the WBO #3 in the WBC WBO doesnt have Saunders ranked anymore for failing his PED test but we know he's CLEARLY better than him. But the…