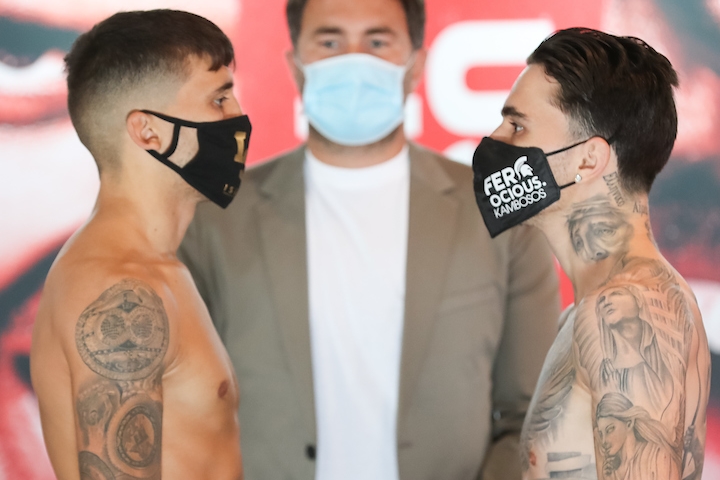 10 rounds in and Kamobosos prolly ahead by a couple. Selby's flickin jab is annoying me now. You can see Kambosos trying to pull off some Pacman combos. He's done well.