The fight was a non-title contest because Ramirez failed to make the weight on Friday. Ramirez fought to a split draw with Leduan Barthelemy back in September in Las Vegas.

And Selby will now, after enjoying Christmas, will go back into camp and focus on his next opponent, mandatory challenger Josh Warrington, who is a former British, Commonwealth and European champion who recently ousted Dennis Ceylan inside 10 rounds to claim his position as Selby’s mandatory challenger. 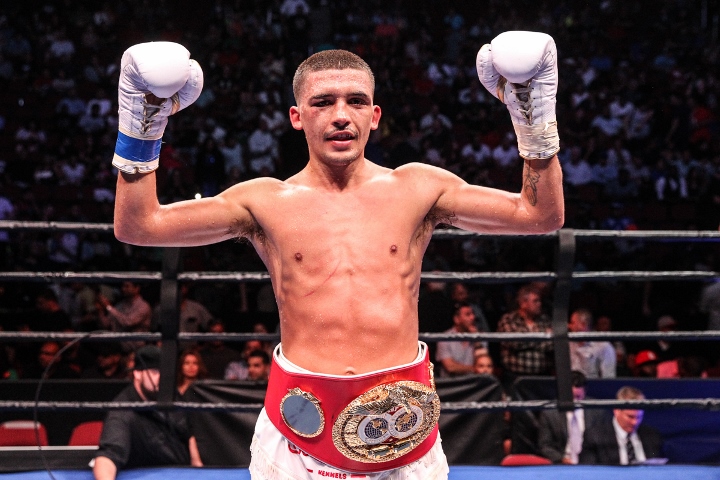 This was Selby's first bout since July, when he dominated former world champion Jonathan Victor Barros over twelve rounds for a unanimous decision win.

“I thought it was a decent performance against a tough, game Mexican and I’m happy with it,” Selby said after his win over Ramirez, who was beaten for the first time. “His team sent him out with the best game plan because they knew me inside out, but I remained professional, stayed focused and got the job done.

“A fight between Josh and I would be massive for British boxing. He’s earned his position as mandatory challenger and it’s a good fight.”

Boxing Scene understands a tentative early May date is being discussed for Selby vs. Warrington, with the likelihood being that it will happen in Leeds, Warrington’s home city, purely so that the fight can make as much money as possible.

Selby came out with his superior boxing skill in the first, but got caught with a solid right hand in the final twenty seconds. In the second, Selby was back to his boxing as Ramirez pressed forward with hard swings. It was nip and tuck in the third and fourth rounds, with Selby using his movement and reach to outbox Ramirez.

As the fight went along in the second half, Selby appeared to take his foot off the gas and was being outworked for a few rounds, before going back to his move and hit style of fighting to continue piling up the points. Ramirez had some moments with a few landed punches, but never more than a single shot at a time.

In the twelfth and final round, Selby dominated the action. He was landing very hard punches and controlled Ramirez from start to finish.

[QUOTE=P4Pdunny;18318303]good performance by selby[/QUOTE] Agreed ! Selby gets some stick on this gash site but he's decent Hopefully this year he will prove it