WBA/IBO junior middleweight champion Erislandy Lara (25-2-2, 14 KOs) is pressing hard to get his hands on the other champions in his weight class.

As part of the undercard, two of the other beltholders retained their belts with impressive wins. Jermell Charlo retained his WBC title with a first round demolition of undefeated Erickson Lubin, while IBF champion Jarrett Hurd broke down and stopped former beltholder Austin Trout. 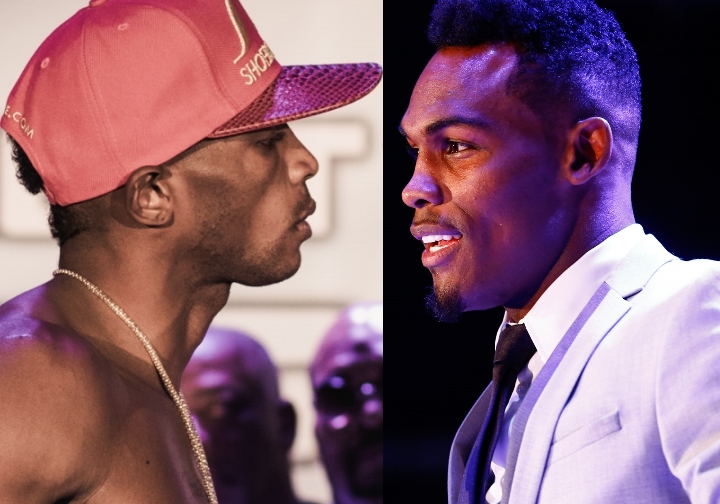 The first round knockout by Charlo (30-0, 15 KOs) was the performance of the night, with a single right hand putting down Erickson Lubin (18-1, 13 KOs) for a knockout win.

Hurd (21-0, 15 KOs) had some trouble in the early rounds, but his sheer size and power wore down Trout and saw him suffer his first career stoppage loss.

It wasn't that long when Lara and Charlo were training partners under the tutelage of veteran coach Ronnie Shields. Eventually Charlo left Shields' stable of fighters, but Lara still trains side by side with Jermell's twin brother, middleweight contender Jermall Charlo.

Lara was not overly impressed with Charlo's knockout win over Lubin. He felt the young up and comer was still too inexperienced and not even close to being ready for an opponent on Charlo's level.

Lara sparred with Charlo numerous times and feels very confident that he would beat his former stablemate in the ring.

The Cuban doesn't care if it's Charlo or Hurd - he wants one of them next.

“I’ve trained with Charlo for a lot of years, and he knows the problems I present. Compared to me, Lubin’s a good kid but a built-up prospect and a child. If it’s Charlo, I’ll beat him. If it’s Hurd, I’ll beat him. I’m willing to fight Hurd or Charlo, and I want them next,” Lara told Premier Boxing Champions.

[QUOTE=OmarRueben;18154451]John Ruiz was a nut hugger a terrible boxer who lost to Roy Jones.[/QUOTE] His team was angry that the referee wouldn't allow him to hug Roy.

[QUOTE=siablo14;18153330]I enjoyed Chris Byrd's bobbing and weaving. Lara is good too. I just have to watch him at my own leisure. Ruiz was hugger, right?[/QUOTE] John Ruiz was a nut hugger a terrible boxer who lost to Roy Jones.

Does Lara and Charlo still both train in the same gym? If so his recent statements might cause some ruffled feathers in there LOL

Lara VS Charlo is the real fight to make at 154, Hurd loses to both imo and could use a little more experience to even be competitive.