On Tuesday, it was revealed in Nicaragua that the International Boxing Federation (IBF) world minimumweight champion, Felix "Twin" Alvarado, canceled his scheduled match against Japan's Ken Shiro, scheduled for December 23 in Yokohama, Japan.

As reported in several media outlets, Alvarado is suffering acute bronchitis and that will prevent him from going forward with Shiro, in one of the most important fights of the year.

A little over a week ago, Alvarado moved to Miami, Florida, to intensify his preparation in the gym of the renowned Cuban coach Osmiri "El Moro" Fernández. But the illness spoiled the camp. 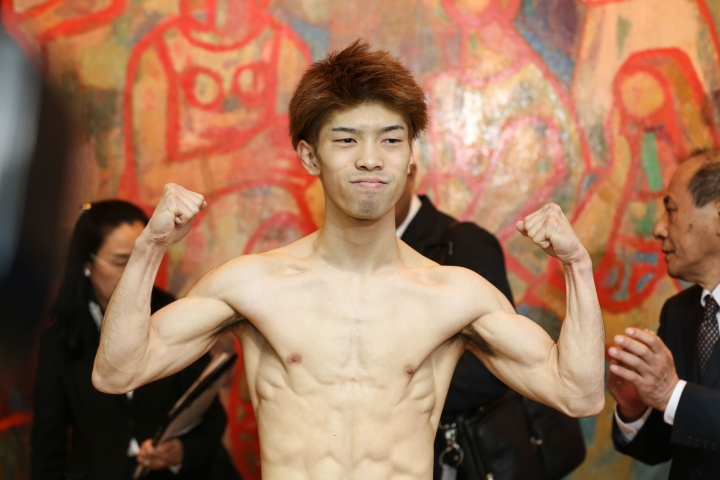 Also, AsianBoxing reported that World Boxing Organization (WBO) flyweight champion, Kosei Tanaka (14-0, 8 KOs), held a special press conference to announce that he would fight again this year , making another defense of his world title in December.

The talented and well-regarded young man, who already defeated Ryoichi Taguchi and Jonathan González in 2019, announced that he would face Chinese contender Wulan Tuolehazi (13-3-1, 6 knockouts) on New Year's Eve in the gymnasium of the Ota city. And he would be sharing a card with Kazuto Ioka (24-2, 14 KOs), who defends the WBO super flyweight against mandatory challenger Jeyvier Cintron (10-1-0-1, 5 KOs).

The talented Japanese fighter, who is already a 3-weight world champion, said he wanted to win by knockout, although it was clear that his team is not overlooking Tuolehazi, who has recently been a thorn in the side of Japanese boxers.

The Chinese challenger has been in a tear since a 2-3 start in his professional career and is 3-0-1 (2) against the Japanese fighters, with victories against Takeshi Kaneko, Ryota Yamauchi and Satoshi Tanaka.

[img]https://i.imgur.com/xCqGmMJ.gif[/img] A big difference in size from Tanaka's last WBO flyweight defense vs. Jonathan Gonzalez ; Wulan Tuolehazi is big for 112 -- Tuolehazi has been reported to fight as high as 135 earlier in his career. Good to see…

alvarado is IBF 108 lb champ not the 105 lb champ. look, u shoud hire me. i find and correct a factual clear error in almost every article i read. im better than whoever you pay to edit already. u…