Former heavyweight king Wladimir Klitschko refused to rule out a return to the ring amid rumours he could be set for a sensational comeback.

Klitschko dominated the division for the best part of a decade before surprisingly losing his IBF, WBA, IBO and WBO belts to Tyson Fury in November 2015, in what many saw as the biggest upset of that year.

The Ukrainian failed to reclaim them from Anthony Joshua in a sensational fight at Wembley in April 2017, which saw him stopped in the 11th round after sending his opponent to the canvas in the sixth. It was Klitschko's second defeat in a row, after losing the decision to Fury. 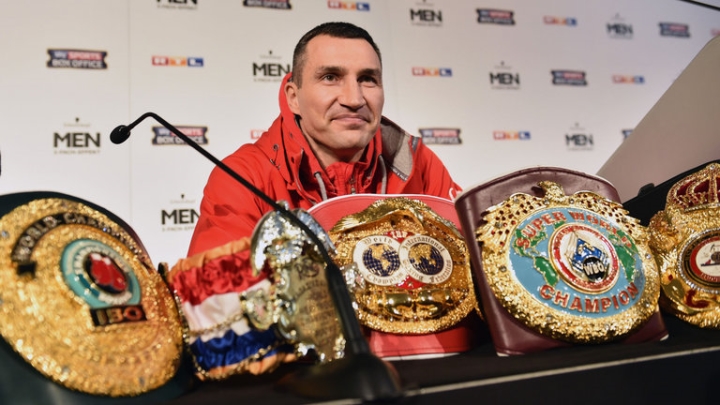 A rematch with Joshua was being discussed, and planned, after Klitschko exercised a rematch clause. But instead Klitschko made a decision to retire from the sport.

There were April Fool's rumors last week of a comeback, but in reality the streaming service DAZN has proposed a three fight deal to temp Klitschko out of retirement. Joshua and several other heavyweights are currently aligned with DAZN.

Reports in Germany have linked the 43-year-old to the potential three-bout comeback and Klitschko did little to quash the speculation.

"My status has not changed so far. There are always rumours and I take them as a compliment.

"It's nice if the fans really want to see that. I'm pleased the community and the sport miss me."

All for the money... It's about the money now and there's a lot of out there. Thanks to DAZN and ESPN. Showtime anyone?

[QUOTE=revelated;19642535][B]The boxing world needs Briggs vs. Kiltschko. Come on, just do it![/B][/QUOTE] [B][SIZE="3"]Klitschko vs The Let's Go Champ does better numbers than ALL the current heavyweight fights coming up![/SIZE][/B]

He and the mother of his child apparently split for good not long ago. Youd kind of expect a comeback after something like that. But he’s a well rounded guy, so maybe he’s just plowing through supermodels and throwing UNICEF…

I think he might return.he just needs plenty of time to juice and train and get it out his system before he starts fighting again lol