Joshua will make his next defense of the IBF, IBO, WBA, WBO heavyweight titles against mandatory challenger Kubrat Pulev in June.

On February 22 at the MGM Grand, WBC heavyweight champion Deontay Wilder will defend his title against Tyson Fury. The bout is a rematch of their December 2018 encounter, which ended in a controversial twelve round split draw. 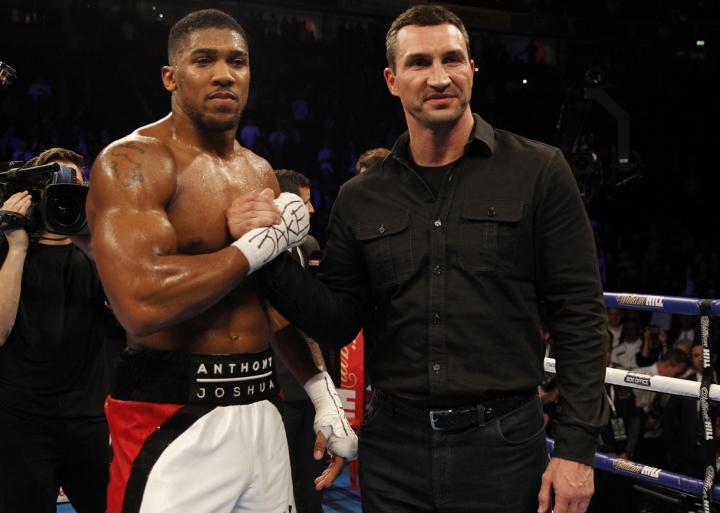 After the two upcoming heavyweight bouts are in the books, there will be a lot of pressure to see Joshua face the winner of the Wilder-Fury rematch.

Klitschko retired back in 2017, a few months following his eleven round TKO defeat at the hands of Joshua in a contest that drew 90,000 fans to Wembley Stadium.

After the fight, Klitschko and Joshua became good friends. Joshua even calls Klitschko for advice from time to time.

After Joshua avenged his only career defeat back in December, when he ouboxed Andy Ruiz over twelve rounds to reclaim the heavyweight belts.

"Anthony is there, he bounced back, he’s going to get better through the negative experience with Ruiz, and we’ll see," Klitschko told The National.

"By the end of the year we might have a unified champion with all the belts  Styles make fights exciting or not. Joshua is a superior athlete, great fighter, Olympic champion. Most importantly, he’s a great guy, who carries the torch of this image of a heavyweight champion perfectly. I’m proud to call him as a friend, even though we were [rivals].

"And I think and I wish that eventually Joshua is going to unify all of the belts. That’s the eventual plan. But until then, there’s going to be some bumps on the road. So let’s just lean back and enjoy it."

[QUOTE=too_much;20389001]Can't see Joshua winning against Fury or Wilder but Wlad we know is not fond of Fury.[/QUOTE] Imagine that AJ was Wallin when he hurt Fury, or imagine AJ was Ortiz when he hurts Wilder, it could have been lights…

[QUOTE=Tecnoworld;20388993]"[...]when he ouboxed Andy Ruiz" Outran and outjumped for sure...but outboxed??? He simply was never in his range, meaning he was in great shape for a marathon. Is this boxing? Possibly, but not the way I consider boxing. I hope…

Of course you do because AJ is the only one out of the three top HW's who sucks on the end of your big Ukrainian dick.

Joshua got beat by Ruiz because he rushed in and got caught.....it happens but he came and schooled Ruiz , fury has actuLly been dropped more times in his career , 4 times by ...2 by wilder , one by…

Not after Ruiz laid down the blueprint. Everyone saw the frailty of AJ.