Khan Expects Support vs. Crawford: I Have a Big Fan Base in NY

Amir Khan feels confident that he'll have a lot of support when he steps in the ring with WBO welterweight champion Terence Crawford.

Khan, who won a silver medal for Britain at the 2004 Olympics, views the contest as the most important bout of his entire pro boxing career.

Khan will challenge Crawford on April 20th at Madison Square Garden in New York City, The bout between Khan (33-4, 20 KOs) and Crawford (34-0, 25 KOs) will headline an ESPN Pay-Per-View event. 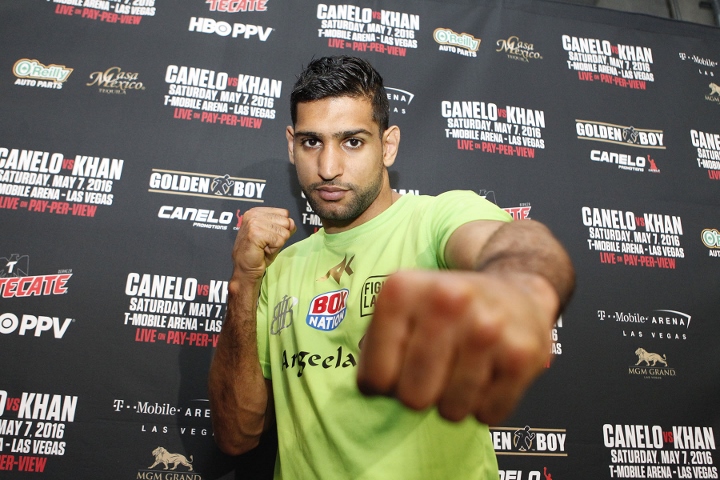 When Khan made his debut in the United States in 2010 against Paulie Malignaggi, the bout took place at MSG.

The last time he fought in New York was in 2015, when he defeated Chris Algieri at Barclays Center in Brooklyn.

Khan, 32, remains confident of having a large crowd backing when he faces Crawford.

“New York is where my wife is from,” said Khan to the NY Post. “I have a big fan base there. I enjoy walking the streets of New York and getting gloved by the boxing fans. I’ll love the day when I am walking the streets with my kids and I’ll be walking past [the Garden] and say, ‘Look, I fought there.’ It means a lot to me.”

And he believes an big upset win, against a boxer regarded as a pound-for-pound fighter, is very possible.

“Terence is a skillful fighter, and I always do well against skillful fighters. This is going to be like a game of chess at times. I’ve been in the division longer, so I’ve got that advantage on my side. I’m the bigger guy, so that is on my side.This is a fight where I have to bring my ‘A’ game.”

No one saying that he will get support from the muslim brotherhood?

This is for real, Khan is a clown, but he is not wrong in this instance. I attended the press conference and fight for Khan/Magic man, he def has a big fan base in New York, a very nationalist fan…

[QUOTE=pillowfists98;19641836]That isn't true at all. Khan is one of the biggest stars in British boxing. Probably only #3 behind Joshua and Fury.[/QUOTE] His comment was about having a big following in n.y. That being said sky sports refused to put…

To be fair when khan fought Peterson in DC Lamont’s hometown the crowd was 50/50. But that was years ago.