The 23-year-old Torres was never in any real trouble, dropping Cuevas once in round 5. Cuevas continued to be game throughout the fight but Torres skill-set was superior to that of Cuevas.

Torres, who resides in Bellingham, Washington, has now won his last seven fights since suffering his only loss as a pro at the hands of Jorge Alberto Brito in November 2018.

The fight was on fairly even terms up until the midway point of the fight. From round 5 until the final bell sounded, Lopez dictated the pace of the fight and landed the more-effective punches.

Macias, who resides in Goodyear, Arizona and is managed by Mikey Garcia, drops to 7-1-2, 4 KOs. 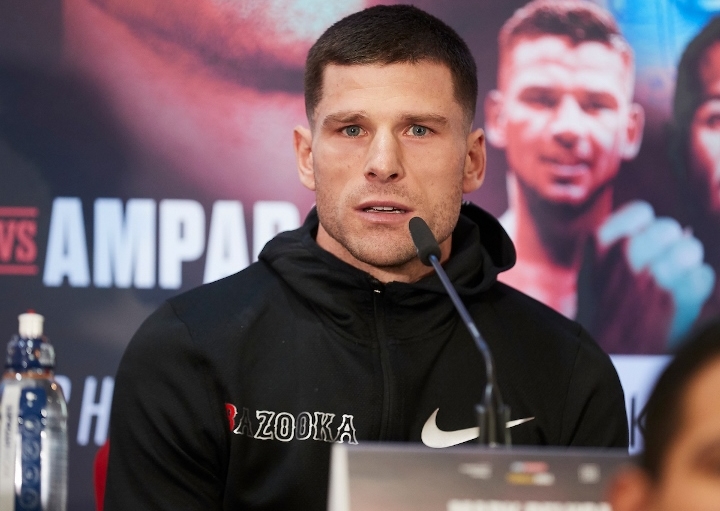 Barajas, who resides in Tepic, Mexico, drops to 12-21, 4 KOs and has now lost his last five fights.

Lightweight Manuel Rey Rojas of Dallas, Texas knocked out veteran Jorge Luis Alvarez in round 2 to improve to 20-4, 6 KOs.

Rojas dropped Alvarez face-first to the canvas with a straight right hand to the chin. Referee Angel Mendez Ramos began to administer an eight-count but waved off the fight at 1:23.

In light heavyweight action, Elio German Rafael (16-3, 10 KOs), who is originally from Argentina and now resides in Mexico City, won by knockout after Alan Carrillo (11-5, 8 KOs) of Tijuana did not answer the bell for round 7.

Junior lightweight Mario Ramirez of nearby Camalu defeated Guadalajara’s Adalberto Garcia (6-12-5, 2 KOs) by unanimous decision. All three judges scored the bout 59-55 in favor of Ramirez, who improves to 14-1-1, 4 KOs.

The nine-bout card was promoted by Borizteca Boxing in association with Grito de Guerra Boxing Promotions.