They spoke cordially in the center of the ring following their eight-round, super middleweight match at Sam’s Town Hotel & Gambling Hall. When it ended, Hernandez knew Newman had exacted revenge two years after Hernandez defeated him.

Newman went to Hernandez’s body throughout their rematch, was more active and accurate, and won convincingly on all three judges’ scorecards. Glenn Trowbridge scored all eight rounds for Newman (80-72), while Kermit Bayless and Max De Luca credited Newman with winning seven of eight rounds (79-73, 79-73). 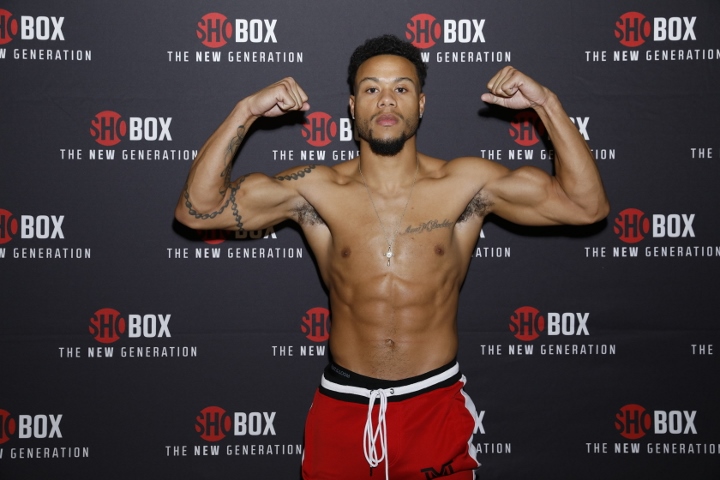 Theirs was the second of four fights Showtime televised as part of its “ShoBox: The New Generation” series.

Well on his way to victory Friday night, Hernandez landed an overhand right early in the eighth round. Hernandez also caught Newman with a short, left hook later in the eighth.

Newman drilled Hernandez with a left hook to the body toward the end of the eighth.

Clearly ahead on the scorecards, Newman started showboating in the beginning of the seventh round. Newman’s straight right hand landed flush, in the middle of Hernandez’s face later in the seventh.

Newman landed a right to the body early in the sixth round. Newman fired a four-punch combination just before the sixth round ended, but Hernandez blocked some of it.

Hernandez and Newman came out firing to start the fifth round, following a fourth round that lacked action.

Hernandez and Newman spent much of the fourth round wrestling for position in the center of the ring. Newman landed a right hand up top and followed it with a right to the body toward the end of the fourth.

A left hook by Hernandez backed up Newman early in the third round.

Weeks warned Newman and Hernandez for hitting on a break in the second round. Newman landed a hard right hand that briefly backed up Hernandez in the first round.

How did he lose to this guy in the first place? This was too one sided to be good.