Kento Hatanaka endured a series of firsts in preserving his perfect record.

Scores were 96-92 (twice) and 96-93 in favor of Hatanaka (10-0, 9KOs), who was extended the distance for the first time in his career, along with several other watershed moments along the way. 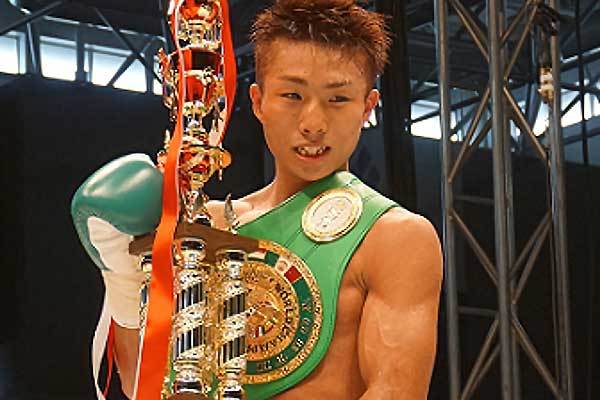 The bout was tasked with serving as a primer for Hatanaka’s stablemate, unbeaten three-division and reigning flyweight titlist Kosei Tanaka in a title defense versus Puerto Rico’s Jonathan ‘Bomba’ Gonzalez. Instead, they provided an extremely tough act for the main event to follow, throwing knockout-intended punches from the opening bell and not at all letting up until the bitter end.

Hatanaka forced a blistering pace, hoping to overwhelm his visiting opponent in the same manner in which he’s turned away his previous nine victims. Abcede (19-9, 12KOs) proved an all-too game dance partner, at times eating far too many power shots for his own good but quite often giving plenty back in return.

Rounds three and four mirrored one another in terms of pure ring entertainment, despite producing drastically different results. A two-way exchange at center ring gave way to Hatanaka’s power game, cornering Abeede and eventually flooring the Filipino with a combination upstairs midway through round three.

A similar pattern came of round four, suggesting perhaps the end was soon near for the visiting foe. Instead, Abcede stared directly into the eye of the storm and turned the tide in a big way. A four-punch combination, punctuated by a vicious left “hookercut” (half-hook, half-uppercut) sent Hatanaka to the canvas for the first time in his career. The local favorite beat the count and proceeded to trade bombs in what will go down as one of the best rounds of 2019.

The remaining six weren’t all that bad, either. Each one was a reminder that Hatanaka was stepping up in class, despite Abcede’s unflatering record.

A clash of heads left Hatanaka cut over his left eye in round seven, though only motivating him to let his hands go that much more. Abcede managed to take some of the sting out of the local favorite’s punches by going to the body and slowing down his two-fisted attack.

Hatanaka adjusted as the bout went deeper than he’d ever before gone in a prizefight in fighting past round eight for the first time in his career. Abcede remained game for the cause, responding to every power shot absorbed with at least one of his own, repeatedly touching Hatanaka’s chin and occasionally the midsection as well.

The bout aired live on CBS in Japan and streamed live and legal on AsianBoxing.info and RingTV.com elsewhere around the world.

Abcde or the "Alphabet Man" deserves a rematch... It's a close fight...