It was recently announced that Brook will return on March 3rd in Sheffield, when he makes his official junior middleweight debut against Sergey Rabchenko, who won two in a row since getting knocked out by Tony Harrison last year.

Brook is returning after suffering back to back defeats - with both fights generating serious injuries. 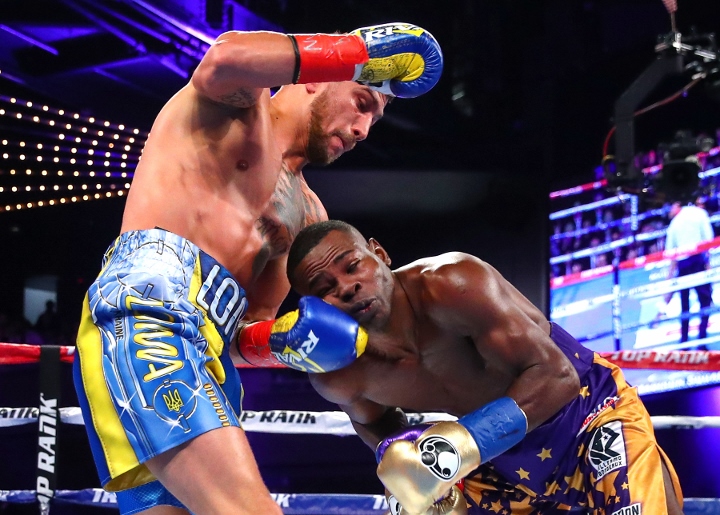 Last September, Brook moved up by two weight divisions to challenge middleweight king Gennady Golovkin. After getting off to a very good start, Brook was ultimately stopped in the fifth round - when his corner threw in the towel.

It was revealed afterwards that Brook had suffered a fractured orbital bone during the fight, and the injury began to affect his overall vision. He underwent surgery and the rehabilitation took several months.

When Brook return in May, he dropped back to welterweight to make a mandatory defense against Errol Spence. Once again he got off to a good start and the fight was competitive for several rounds. Spence began to run away with the fight in the second half.

Once again Brook suffered a fractured orbital bone in the contest, but this time in his other eye. Once his vision began to decline, he was getting tagged up and voluntarily went down to a knee for the full count in the eleventh round.

Brook is very firm in stating that his stoppage defeats should in no way be compared to what transpired last weekend in New York City, when Guillermo Rigondeaux quit on his stool after six rounds of action with WBO super featherweight champion Vasyl  Lomachenko.

Like Brook, the Cuban boxer moved up by two weight divisions.

Rigondeaux, who barely threw any punches in the fight, cited a serious hand injury for refusing to fight on. He believed that his left hand was broken. But it was revealed on Tuesday by his own promoter, that his injury was nothing more than a bad bruise and there was no fracture.

Brook was not a happy camper with last Saturday's outcome, because he strongly feels that these types of endings are harmful for the sport of boxing.

"I think it was terrible for boxing. He just quit, he just quit. With me, I had both eyes [affected]. It's not like I had one eye [hurt] and I could see out of the other eye. When I opened my eyes, they went cross-eyed. It was triple vision. My vision was terrible. It was a completely different injury," Brook explained to BoxingScene.com.

"I've had cuts in fights, I've had my eyes closed up in fights, I've broken my hands in fights - and I continued. But with this [thing with Rigondeaux] it was completely different - he quit. As far as seeing that, it's not good to see because he took it away from the fans who wanted to see a fantastic fight.

"I think that the other guy [Lomachenko] was definitely going to get the top side of Rigondeaux. He was bigger and more clever. I watched the fight and he was very sharp, and the angles he was using he was very on point."

[QUOTE=Sir_Didymus;18335347]A QUIT is a QUIT. The circumstances surrounding them are for bítchés to discuss. Dress it up however you want son.[/QUOTE] Maybe if you are too stupid to understand the circumstances. I guess you would knowingly die in the ring…

rigo didn't quit, he asked for time to change his tampon but the referee didn't speak spanish

[QUOTE=D4thincarnation;18335160]You implied it and you believe he did say it. They have been many documentaries on Duran, Leonard, and that fight. Maybe you should watch one of them. Brook quite because he fractured his orbital bone and he could lose…

[QUOTE=D4thincarnation;18335160]Brook quite because he fractured his orbital bone and he could lose his sight. Rigo quit because he was getting embarrassed and was fed up of getting schooled.[/QUOTE]Yes, big difference. Injury vs schooling. Rigo, Walters, and Duran fall into the…

Rigo's fans may understand why he quit. Unfortunately, boxers won't. It's a chicken move.