Kautondokwa Does Not Regret Andrade Fight, Will Return Soon

Middleweight contender Walter Kautondokwa does not regret any moment of his journey in taking on fellow unbeaten Demetrius Andrade in a WBO world title fight that the former lost by a one-sided 12-round decision back in October in Boston, Massachusetts.

The hard-hitting Namibian accepted the challenge as a late replacement opponent thanks to the fell-out of former belt holder Billy Joe Saunders who failed a drug test leading up to his own mandatory defense against Andrade (26-0, 16 KOs).

This was the first time Kautondokwa (17-1, 16 KOs) fought on the international fight scene, and though he got clearly out-boxed by his American counterpart, the 34-year-old nicknamed ‘The Executioner’ displayed an enormous fighting heart when he rose up from the floor four times to finish the get-go on his feet, whipped but glorified.

“It's an opportunity we don't regret taking, that's for sure. Everything happened so fast, but we knew what we were getting ourselves in and just had to make the best of the situation,” said Kautondokwa’s promoter, Nestor Tobias to BoxingScene.com.

“The fact that we were fighting a southpaw made it even more difficult because time was just not on our side for preparations.” 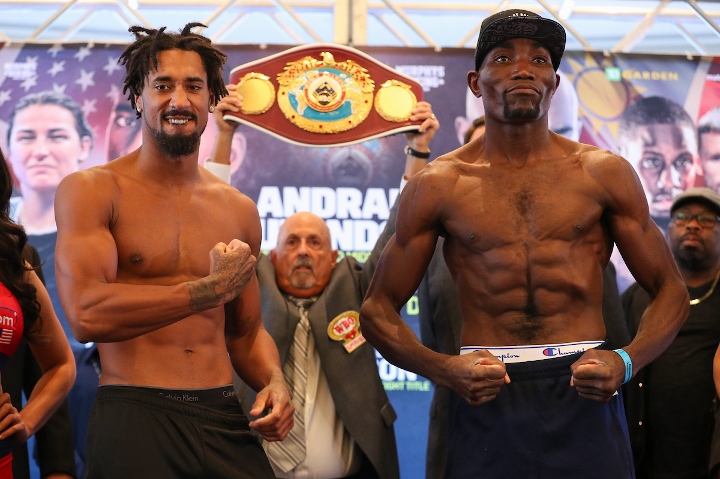 The Namibian contingent, in fact, took the challenge in 11-days-notice that made it an impossible task for the team to have a proper preparation for Andrade.

“Hey, what can I say, it was a world title fight and every fighter wants to get involved in big fights. It's unfortunate that it happened the way it did, but I have no regrets. I did my best under very difficult circumstances, but I won't complain,” stated Kautondokwa to BoxingScene.com about the challenge, before adding the timing was far from the best mainly because he suddenly lost a family member literally days before the fight.

“Look, I took this fight under very difficult circumstances, not only was it on short notice but I also lost my mom a few days before the fight, but I had to move on and keep believing. I can certainly hold my head high and say I've done myself proud. This is just the beginning of a wonderful journey. The fight might have been lost but the war is far from over.”

It is currently unclear when the next battle of this war could come, but according to Tobias it is looming as his fighter loves to be around the gym and is eager to move on following the first blemish of his professional career.

“Walter has a big heart, after such a fight we wish to rest him and get him back in the gym soon. He loves the gym and he is one fighter you can't keep out of the place because he is passionate about fighting.”

Kautondokwa is currently retreating, spending time with his loved ones, while his eyes slowly but surely turn towards the future.

“I'm happy to be back home with the people I love and who love me back and just move on from this chapter in my life because there are better chapters to be written and I look forward to that.”

And as Walter is thinking more and more about those better chapters, ‘The Executioner’ of him comes alive all over again.

“I will definitely be back in action, that is for sure. I'm a fighter and I'll return the way I know best which is to knock out the next opponent.”

You know what, I wouldn't mind seeing Kautondokwa on an undercard somewhere. He clearly got screwed in terms of preparing for this fight, the guys only 17-1 and still a prospect/contender, I'd give him a second chance.

Hearn said he's bringing this dude back. Idk why.

Andrade was too skillful for Kautondokwa.

JEsus did he get outboxed. I had unrealistic expectations, thought walter would really give Andrade all he could handle. Andrade was Damn good and better than I expected. Hope to see Kautondokwa soon. let’s see more.