George Kambosos Jr. and Lee Selby once again have a fight date. 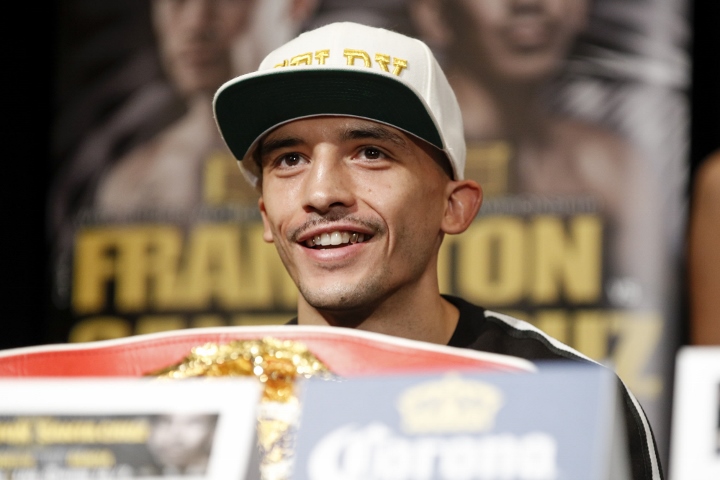 The lightweight bout has come with three prior working dates, all of which were slated to take place in Selby’s hometown of Cardiff, Wales. The clash between Selby (26-2, 9KOs) and Sydney’s Kambosos (18-0, 10KOs) was first scheduled for May 9, only for the event to get wiped out due to the ongoing coronavirus pandemic. A new working date of July 11 was announced, only for such plans to suffer a similar fate.

Eddie Hearn, Selby’s promoter and managing director of Matchroom Boxing was able to secure an October 3 date in Cardiff, only for the event to fall apart due to a discrepancy in the originally negotiated financial terms.Kambosos’ side demanded that the IBF re-order a purse bid hearing, which Hearn managed to win earlier this month. It actually resulted in a pay bump, with Kambosos—whose side was initially offered a $150,000 fight package—will now earn $166,667.20, or 60% of the total purse bid amount.

With it also came the reality of the fight no longer taking place in Wales, but with the same goal in mind—putting the winner in position to challenge for the World lightweight championship.

“I'm delighted that Eddie Hearn and Matchroom Boxing have managed to get this fight on again," said Selby, who has won two straight since his featherweight title reign came to a close more than two years ago. “I’m one step away from a shot at the IBF Lightweight World Title and my dream of becoming Wales' first ever two-weight World Champion.”

Selby held the IBF featherweight title for nearly three years, beginning with a 12-round decision win over then-unbeaten champ Evgeny Gradovich. Four successful defenses followed for the Welshman before dropping a tightly contested split decision to undefeated Josh Warrington in his challenger’s hometown of Leeds, England.

Since then has come two fights at lightweight, including a 12-round majority decision win over former three-division titlist Ricky Burns last November in London.

Kambosos surged to the top of the lightweight queue following a 10-round split decision win over former lightweight titlist Mickey Bey last December. The win came on the same Madison Square Garden bill as Brooklyns’ Teofimo Lopez’s stunning 2nd round knockout of Richard Commey to win the IBF lightweight title.

Five days later came the order from the IBF for Kambosos and Selby to enter negotiations for an eliminator where the winner would be due a crack at that very belt. Between science and politics came enough delays to where this fight will now take place two weeks after Lopez (15-0, 12KOs) faces Ukraine’s Vasiliy Lomachenko (14-1, 10KOs) in a multi-belt lightweight unification clash on October 17 in Las Vegas.

It will also trail a second elimination bout as ordered by the IBF, as Diego Magdaleno and Isaac Cruz will collide in an October 24 clash to determine the number-two-challenger.

Regardless of what lies in front of them, all focus remains on October 31 where Selby likes his chances.
“Kambosos Jr is a hungry young fighter that I know will bring it all,” notes Selby. “I’ve had some of my best performances against Australian boxers stopping both Corey McConnell and Joel Brunker in title fights and October 31 will be no different.”