Kai Robin Havnaa (13-0, 11 KOs) will headline his hometown arena on March 2 as Team Sauerland return to the SØR Amfi in Arendal, Norway.

Following a hugely successful debut show on February 3, which saw Havnaa blast out Daniel Vencl inside two rounds, Team Sauerland are back with another event, which promises to be 'bigger, better and more exciting'.

Havnaa, undefeated in his thirteen professional contests after a devastating knockout win over Frank Bluemle on April 28, 2018 in Offenburg, had been sidelined with a thumb injury, but now full recovered, says he cannot wait to walk out in front of his home fans in Arendal for a second time. 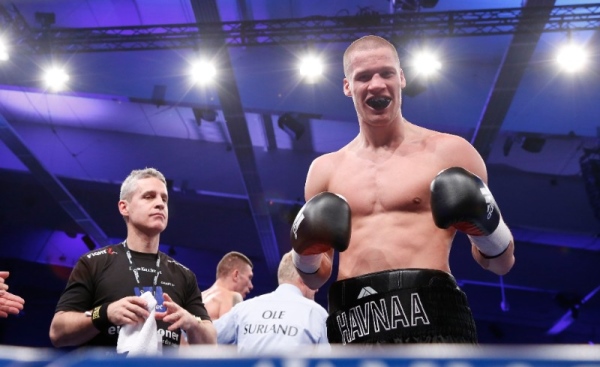 "It was an unforgettable experience," says Havnaa. "The feeling I got walking out in front of all friends, family and supporters in Arendal was unbelievable.

"I got 100% good feedback last time. It was the first professional boxing event in Arendal, and people tell me they got goosebumps when I entered the ring. Many people said it was the best and most professional show ever in Norway.

"It's going to be an even bigger, better and more exciting show on March 2!"

An opponent for Havnaa will be confirmed shortly, but the son of Norway's only ever male World Champion, Magne Havnaa, has been promised his toughest test as he looks to take his career to the next level.

"This is going to be the biggest test of my career. My promoter has promised me that," he says. "I’m back in full training following my thumb injury and my shape is very good. I didn’t want a tune up fight. I feel that I’m at a much higher level now than I've ever been before, and I’m ready for a big fight.

"2019 is going to be my year! It's time for me to take my boxing to a new level. I want to fight the best, and I want to become World Champion. I'm ready to step up, and that begins with this fight on March 2 in Arendal!"

Said promoter Nisse Sauerland: "We're delighted to be returning to the SØR Amfi in Arendal. We will be announcing an opponent for Kai in the coming weeks, and fans will not be disappointed. Kai has done everything asked of him so far in his career, but now the time has come for him to step up. Home support will be important as he faces his toughest career test. Fans can also look forward to a full undercard showcasing the best of Norwegian boxing!"