MIAMI – An exhausting opening day of jury selection for the long-awaited trial between All-Star Boxing, Inc. and the tag team of Saul ‘Canelo’ Alvarez and Golden Boy Promotions was followed by more of the same on Tuesday.

The big difference is that the day came to a close (actually deep into the evening) with jurors set for the court case. The session wrapped up at roughly 8:00 p.m. ET, with opening statements to come the next time both sides are due to return to the Dade County Courthouse on Wednesday.

More than five years after receiving its first court date in this oft-delayed case, legal teams for All-Star Boxing and Golden Boy Promotions waded through a pool of 75 potential jurors with the Honorable Migna Sanchez-Llorens presiding over the session. 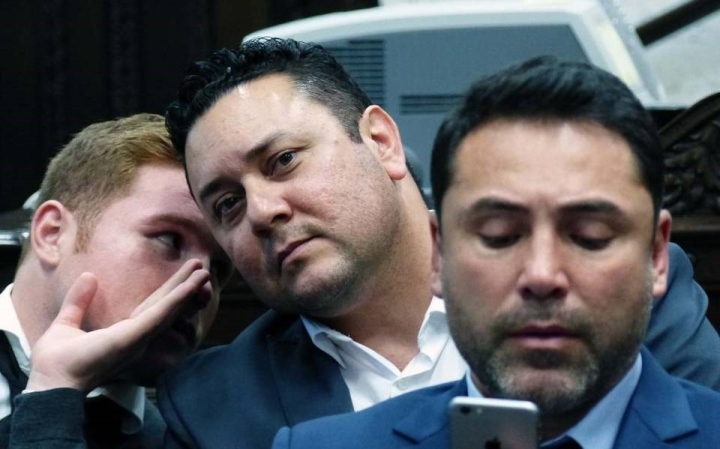 The heart of the case stems from allegations made by Felix “Tutico” Zabala Jr. – who runs the All-Star Boxing company founded by his ailing Hall-of-Fame father, Felix Sr. – of Golden Boy Promotions unlawfully acquiring the services of Alvarez while still under contract with the Florida-based promotional company. All-Star Boxing – whose legal team is guided by lead counsel Alejandro “Alex” Brito – is seeking a verdict in its favor along with punitive damages on counts of breach of contract and unjust enrichment against Alvarez, as well as tortious interference against Golden Boy Promotions.

Both sides are up against a short week, with the next court date set for Wednesday. There will not be a session on Thursday, while just a half-day of legal proceedings are in store for the Dade County circuit on Friday heading into the Memorial Day weekend.

The case stems from charges filed in 201 by All-Star Boxing’s Felix ‘Tutico’ Zabala Jr., through his legal team, who believed the first court was to come in 2011, shortly before Alvarez was due to face Matthew Hatton for a vacant super lightweight title.

Alvarez was first signed by All-Star Boxing in September ’08, at age 18 and already three years into his pro career. The two sides were introduced by Rafael Mendoza, Alvarez’ manager who was also a promoter in Mexico at the time. Ironically, Alvarez’ first fight under a reported four-year contract with All-Star Boxing came on a show promoted by Golden Boy Promotions, when he defeated Larry Mosley in Oct. ’08.

It was good times for the next 13 or so months, with Alvarez and All-Star Boxing working together on nine fights before Zabala’s company was suddenly left in the dust.

All-Star Boxing contends that there existed nearly three more years on the contract between promoter and boxer, with court documents indicating that Golden Boy was made aware of the contract situation prior to adding Alvarez to a May ’10 HBO Pay-Per-View event.

Eighteen fights, three titles, more than six years and hundreds of millions of dollars into his full-time arrangement with Golden Boy Promotins, the now 25-year old boxer has emerged as the face the sport, particularly in the wake of the recent retirements of Floyd Mayweather and Manny Pacquiao.

The question to be answered over the next three or so weeks, is whether or not the contract under which he operated is legally binding.

At the time of All-Star Boxing initially filing its lawsuit, the move was dismissed as a publicity stunt, an attempt by a smaller promoter looking to cash in on a major headline and go after a rising star in the sport.

Five years of delaying the case has indicated two things: one, that All-Star Boxing had no intention of going away quietly; and two, that Alvarez and the Golden Boy family are not at all taking this case for granted.

Both sides have been advised by their respective legal teams – Alejandro Brito representing All-Star Boxing and Michael Olin serving as lead counsel for Alvarez and Golden Boy Promotions – to not discuss details or even their opinion with the media for the duration of the court case, which figures to last at least through mid-June.