If you can't beat them, then join them.

Indongo (22-1, 11 KOs) is now a resident of Omaha, after recently signing a promotional contract with Lou DiBella. 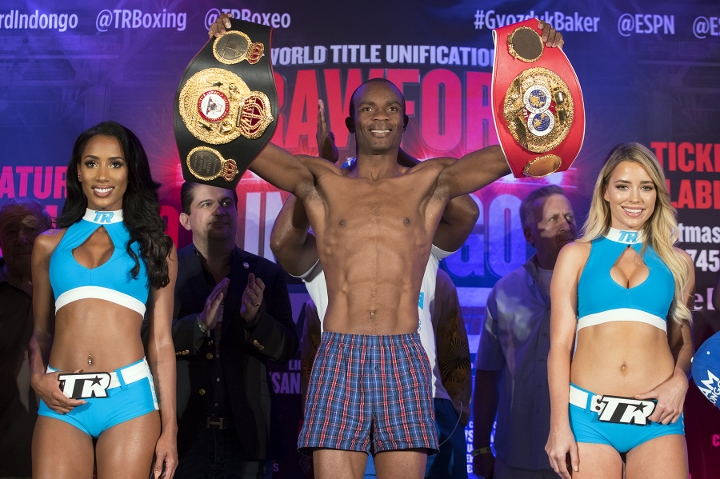 Last summer in Lincoln, Nebraska, Indongo clashed with Crawford in a historic fight which staked the IBF, WBO, WBC, WBA junior welterweight world titles - and saw Crawford unify the entire division by knockout out Indongo with a huge body shot in the third round.

Indongo never imaged that he would relocate to the state a few months later.

“But I believe when God has something for you, it’s always possible in life. I never even thought that one day I would come back here. But it’s good to be here, and I’m happy. And I feel more confident and happy for the new team that I have now.”

Brown believes the 2008 Olympian can still become a force - especially since Crawford vacated his four titles and moved up to welterweight.

“Julius and Imms had already kind of planned this out — to move to America and have me start working with him,” Brown told the paper. “(Julius) was all for it. He and Imms had to sit down and talk about it, lay out exactly what they wanted and what they needed to do. He feels he’ll be better off fighting in America.

“With him already having been a world champion, he already knows the game. He’s very skilled already. I’m just going to try to add on to what I saw when he came down here to fight Terence. Our plan is to clean up 140 — and that’s what we intend to do — and then move up to 147.”

Brown recruited Omaha resident Michael Carter to be Indongo’s new manager, and he also backs the boxer to do big things at the weight.

“Terence Crawford is the No. 1 fighter in the world,” Carter said. “There ain’t no argument with that at all. He’s the No. 1 guy in the world. But he vacated the 140-pound titles. We feel like we can go get those.”

“We have a three-fight minimum guarantee with DiBella. We’re excited about that. And they’ve got a game plan for him to get him back to where we think he can go. We’ll see how it goes.”

Good idea on Indongo's part. I remember Dennis Andries staying in Detroit after the Hearns fight & it worked well!.

[QUOTE=THEFRESHBRAWLER;18405248]Big Stomps in the building. Lmaooo you’ll be fine once the next election comes around. Stick it out man. And all of the country doesn’t look like that,I’m sure.[/QUOTE] We'll see.... You'll be the first to know if and when…

[QUOTE=BigStomps;18404887]Damn looks nice there. That's where I'm gonna go next time I go on the run. Do you know if they extradite people back to America?? 😆[/QUOTE] Big Stomps in the building. Lmaooo you’ll be fine once the next election…

[QUOTE=Mike D;18404399]What the f**k? Lol Who the f**k willingly moves to f**king Omaha who's not from there?[/QUOTE] A guy from Africa that knows nothing about Omaha.